92 Chance the Rapper: The Big Day Seriously, what the fuck is this? It’s almost depressing that this is technically the debut album from arguably one the most influential and critically adored rappers of the past ten years. Previously only releasing music through free mixtapes, it’s a little baffling that Chance has decided the album that sees him starting to go after that Bruno Mars crowd should be the one that people should have to pay for.

I have previously pooh-poohed the idea that ‘The Big Day’s unarguable shiteness can be simply put down to Chance the Rapper being in love and happy, and, apparently, this is the kind of nonsense you start farting out when you’re happy. While this would make me very grateful for being hideously unhappy myself for the past 20 years or so, it’s also nuclear grade pish. ‘The Big Day’ isn’t a bad album because Chance is obviously very happy with his new wife and his staunch refusal to accept that Jesus wasn’t magic, it’s just a fucking bad album. One of the most bewilderingly bad albums released by a critical darling since ‘The Funky Headhunter‘ by MC Hammer, admittedly, but we don’t need to start making excuses for it, just accept its general stench. I will perhaps accept that writing happy songs about being happy that aren’t hideous is a very particular skill, and the evidence of this album is that Chance absolutely not possess it.

The most infuriating thing about ‘The New Day’ is that it’s frequently not a bad album at all. It’s rather like latter day Prince, in that 80-90% of it is utter fannybollocks, but there are still enough moments of real quality that it pretty much makes the album worthwhile. However, over its 77 minutes (!!!) there’s a lot of fannybollocks (So. Many. Skits. That. Last. Forever…) to get through. 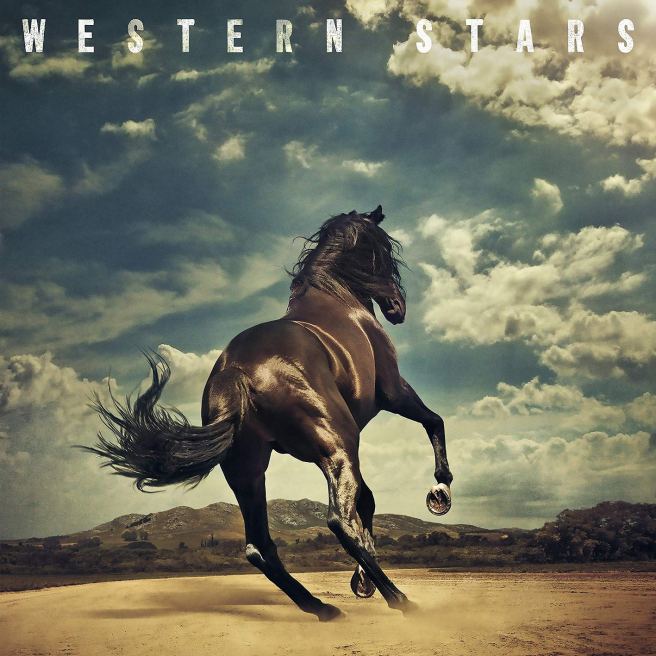 Whether you hate or love Bruce Springsteen, you’ll find countless evidence to support either opinion on this latest album of ‘folksy wisdom from the forgotten America’. It’s a very ‘Bruce Springsteen’ Bruce Springsteen album, and while it never falls below ‘yeah, nothing wrong with that’ quality wise, Bruce is far more interesting when he attempts to push the boat out a tiny bit, at least.

Also, the first song Hitchhiking tells a tale of getting a lift from a man ‘With his pregnant Jenny by his side’. I’m convinced the woman’s name wasn’t Jenny, but that’s just what all girls were called by Midwestern farmhands in the 1950s and Bruce has just picked it up. I like it, I’m going to start using it. Next: meet, or at least refer to, a woman.

Bruce is just at the stage in his career now where every album he releases will get at least a score of 80, no matter how good it is, as a sign of respect and relief that he wasn’t one of those ones that died in 2016. 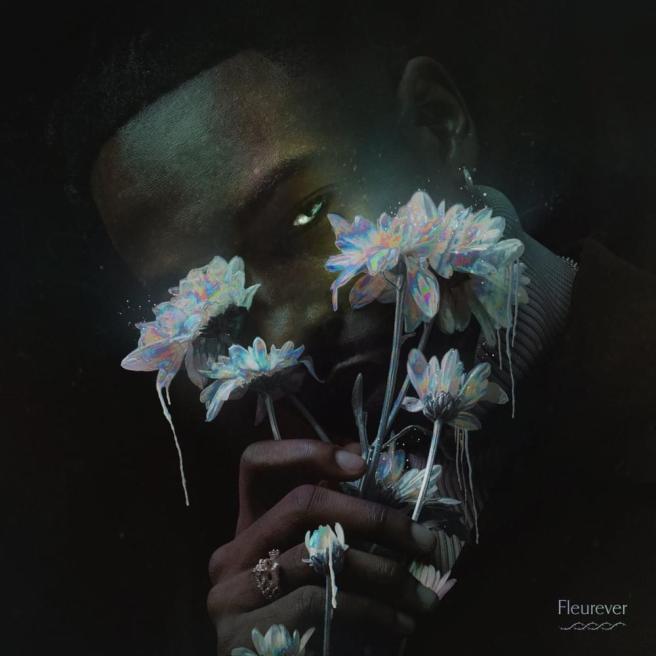 Sigh… Another example of a rapper releasing ‘technically his debut freaking album’ but managing to underwhelm. While no way near as big a disaster as ‘The Big Day’ (you’ll be happy to know that Jazz Cartier frequently sounds miserable, which should bode well, quality wise) it’s a little forgettable and doesn’t possess any of the hooks that made ‘Hotel Paranoia’ such fun. Goddamnit, Jazz! Just give me more Red Alert! I don’t need ‘artistic growth’ or ‘interesting lyrical concerns’ or ‘growing comfortable into his own artistic voice’. I just want Red Alert. Next album, just do ten versions of Red Alert, maybe changing the lyrics, but that’s not essential and I don’t want you to risk the song’s majesty. It’ll finish top ten in that year’s Necessary Evil, guaranteed.

I’ve told you before, Metacritic often doesn’t include artists that it deems too ‘urban’

89 Young M.A: Herstory in the Making 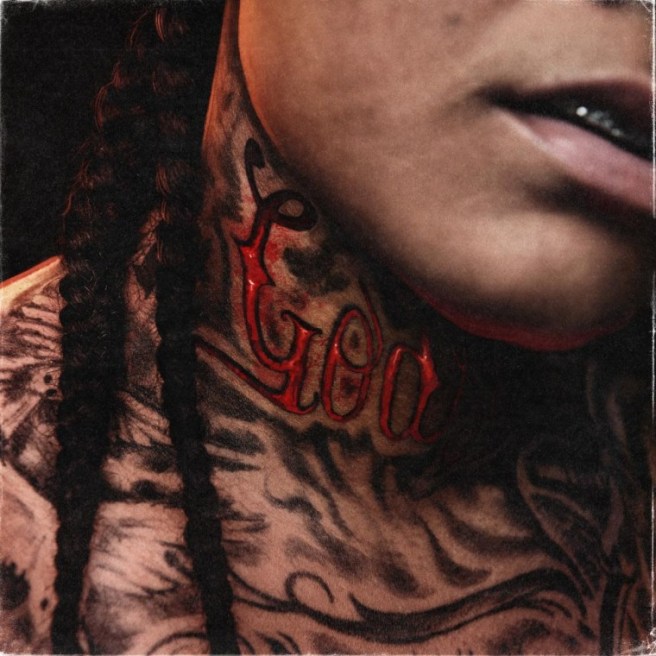 So this is technically Young M.A’s debut album…

Nah, I’m just playing with you, you know I love you.

Well… I mean… no… I’m not actually literally playing with you, this is actually Young M.A’s debut album, not just technically but actually. But… I mean… it’s not disappointing like Chance the Rapper and Jazz Cartier’s albums…

I guess the idea that I was ‘playing’ you with was that Young M.A’s technical debut was disappointing the same way her fellow rappers’ technical debuts were disappointing, but it’s disappointing in a pretty different way. Chance and Jazz have a long and distinguished history of releasing well regarded mixtapes and their first actual release disappoints. Young M.A is more well known for a very well received EP that she released in 2017, while her debut album is OH MY GOD THIS ALBUM GOES ON FOREVER WHEN DOES IT STOP DIDN’T WE JUST HEAR THIS SONG?! 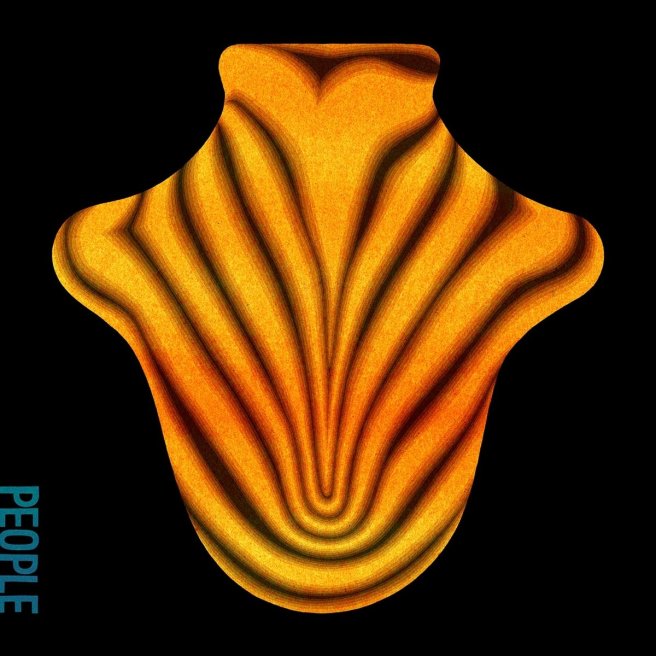 Yeah… Big Red Machine are one of the more low key and polite supergroups, made up of Justin Vernon and one of the guys from The National. It’s very good, very nicely put together, but has ‘nice little side project before we go back to out proper music’ written all over it.

86 Oliver Divorne: I see the lines connecting the stars 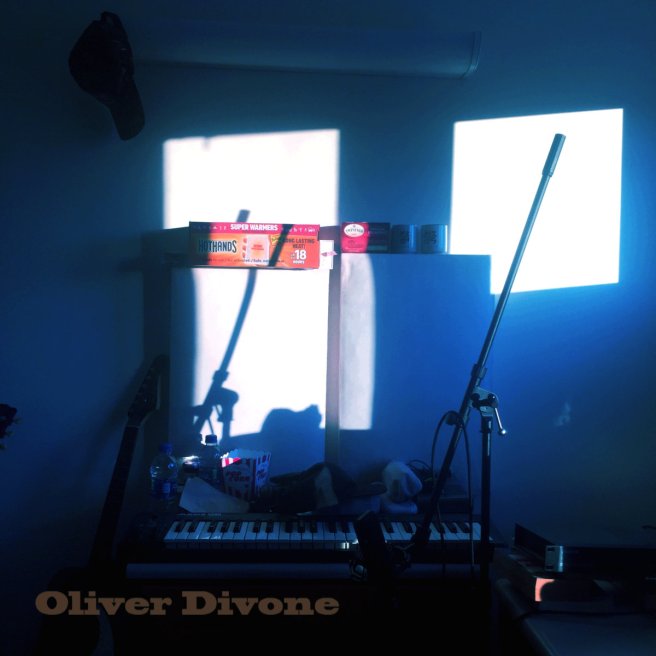 Now, as I’ve probably droned on about before to absolute tedium, I adore BandCamp. I don’t listen to near enough radio… OK, I don’t really listen to any radio unless I’m being given a lift in my Dad’s car and he has 6 Music on. The only time I’m on Spotify is when I’m copying album links for this fucking list once a year, so I don’t listen to those playlists like ‘New Music Monday’ or ‘Hump Day Bumps’ or ‘Saturday is Slapday’ or whatever. The point is I have embarrassingly few portals of music recommendations. Either The Guardian writes a review saying that they like it, they might have supported another band in concert, one of the songs is on a TV show, or I find it through BandCamp. It’s honestly 96.4% the latter, which means many of the albums I listen to I first investigated because I liked the cover.

Which is hows I wants it!! I’ve honestly tried to keep this list as small as possible this year (as I do every year) and it’s still ninety two cocking albums deep!! Imagine how many albums I’d have to get through if I actually made more of an effort to listen to music?! As you can see from my BandCamp collection, a huge amount of albums I buy there don’t make it to the end of year list. Occasionally, there’ll be one track that makes it onto the Legit Bosses (Deed Rider by Lalić, man, that song is my fucking life! The album…? Mmmmmmmeeeeeeeeeeee…) but a great deal of them come and go without leaving any great lasting impression. I mean, fuck, most of them cost $1, which goes directly to the artist, so at least I’m doing a tiny thing to support art, yeah?

Why didn’t I stick with Jordana‘s album? It looks like exactly my kind of shit, doesn’t it?

I have no idea how I came in contact with Oliver Divorne’s album. I’ve no idea who he is, it’s not a particularly interesting album cover, it’s certainly not a particularly interesting name like ‘Clairmont the Second‘ or ‘waterfront dining‘. It’s an album with ‘discard after a while and forget why you bought it in the first place’ written all over it.

But… then I listen to it… and good God damn is this an extremely solid album? No wheels are reinvented and no lives will be saved by listening to it, but it’s a extremely accomplished indie record, a genre that I find many (much, much bigger) acts have struggled in as of late. I know that ‘solid’ is almost damning with faint praise, but Mr Divorne has obvious talent which bodes well for his future releases. Which, to be honest, I might miss because I’ll forget his name. Why didn’t he call himself ‘Scoot Router’ or ‘Earnest Flemmingway’ or something? 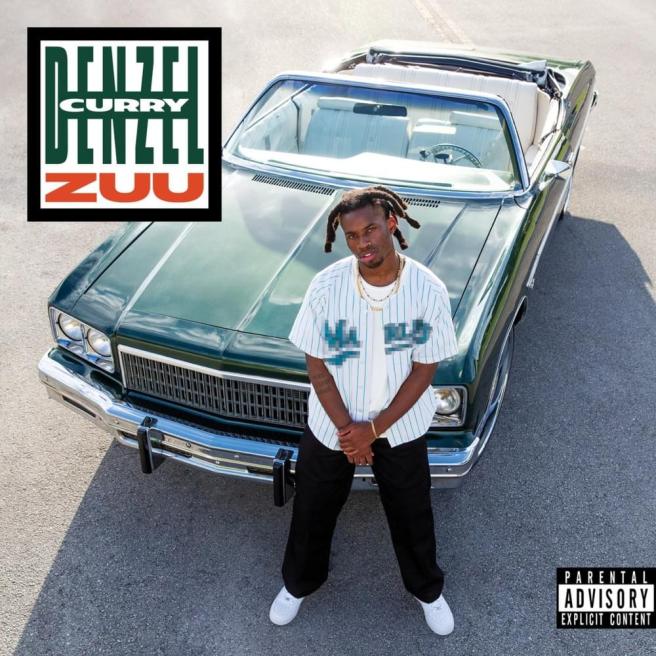 Is it just me?

Despite me (legitimately) forgetting to review his last album ‘TA1300‘, I thought it was a pretty spectacular piece of work, that marked Denzel out as a real talent to watch, with a unique style and interesting point of view that marked him out as an intriguingly singular talent.

To me, after an absolutely bang up the elephant opening track, ‘Zuu’ just sounds like an extremely good rap album, like Denzel is suddenly less interested in standing out in the crowd and is instead focusing on becoming gradually less interesting. 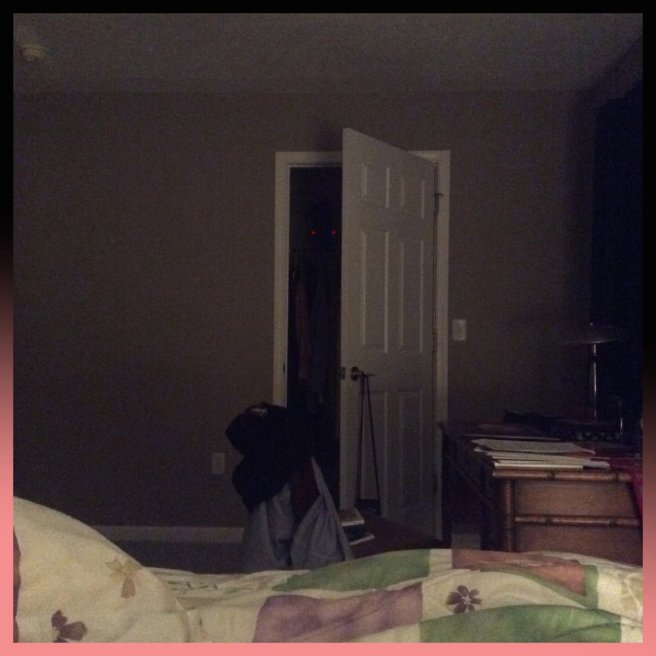 Yeah, more BandCamp nonsense. I’m a big fan of The Age, even if I’m still not how to stylise the name (so it’s ‘Age (The Age)’…?) and loved their last album so much that they rank among my favourite BandCamp discoveries. Most importantly, their song I’d Do had the honour of soundtracking a Manchester Refugee Support Network video (which I’d love to show you, but the 17 year old girl interviewed in it made me promise that the wider public would never see it. Tsk, women, ammi right lads?). I was excited to hear the places Age (The) Age would take his music next.

A very good bedroom indie album, don’t get me wrong! The songs are brilliantly produced, his guitar playing is brilliant and songs as brilliantly off kilter and singular as And This Dog Wanders In show that we’re hardly dealing with simple generic guitar music here. I was just ever so slightly disappointed that it sounded like a step backwards sonically from the outstanding ‘Houses Become Tombstones, Cities Become Graveyards’, and that The (Age) Age was needlessly constraining his more experimental talents by simply making (spit) guitar music, however eccentric and idiosyncratic it is.

Then, literally this week, I was noting down the release date of each album in NE2019 for statistical purposes, and I noticed that ‘Everything Will Be OK’ was actually written, recorded and first released in 2015. It sounded like a step backwards because it was made three years before the last album. 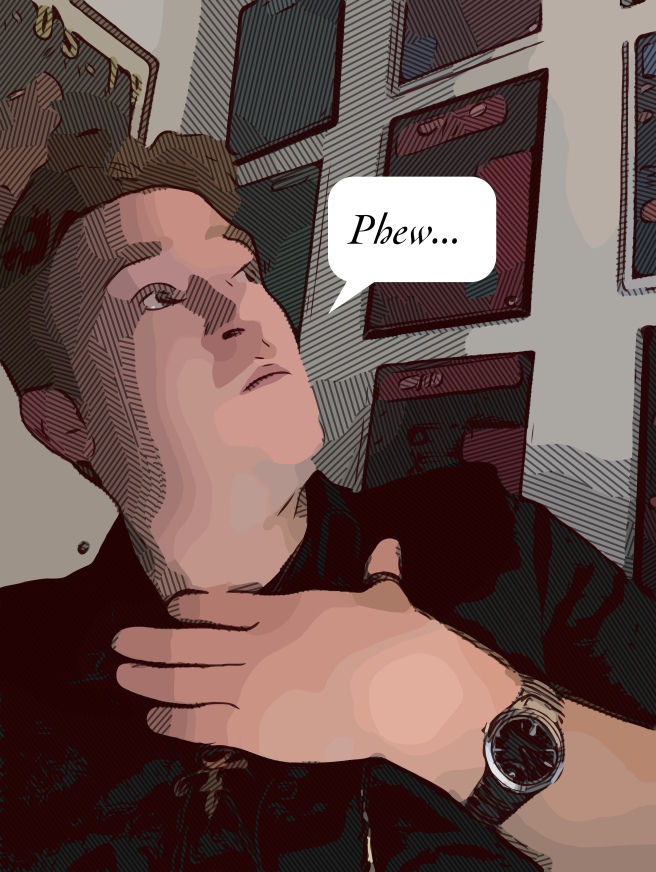 On the exact same day that I realised my mistake, Age (Age) The released his actual follow-up album. It’ll likely feature on Necessary Evil 2020, so you all should really buy it now to get your valued opinions in early.

84 Shamir: Be the Yee, Here Comes the Haw 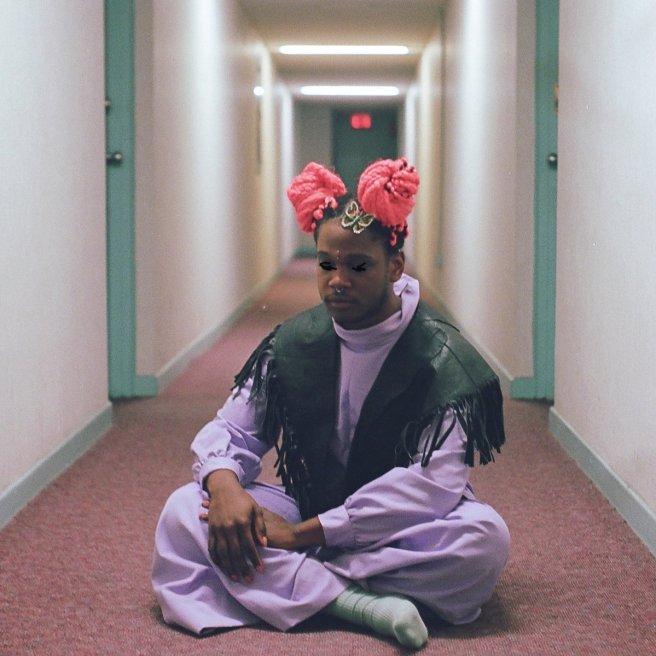 I fucking love Shamir. He’s legitimately one of the most interesting musicians working today, and I can’t think of another artist whose new releases I look forward to more.

Which is why ‘BTY, HCTH’ was ever so slightly disappointing. It’s a great album, obviously, Shamir is far too talented to release anything less that great, but for an artist who has made great strides with his music and has generated astonishing stylistic changes between albums in the past, ‘BTY, HCTH’ is kind of more of the same. The tracks here are brilliant, but they could easily fit onto his last (amazing) album ‘Resolution’, and the sense is that he knew he was onto a good thing musically with his last album and so has just made more of the same (but sadly lacking a killer track on the level of I Can’t Breathe) rather than truly challenging himself.

Nothing’s changed though, he’s still my motherfucking boy and I can’t wait to hear where he takes me on his next album, but ‘BTY, HCTH’ is an ever so unsatisfying sideways step.

Jesus, this post took me fucking ages. No sleep for this month, I guess…