Just the fifth song by Be-be (so far…), an absolute banger that wins points for many reasons:

-Crediting the Yeah Yeah yeahs as co-writers, even though she didn’t need to as the band certainly don’t own the rights to the phrase ‘they don’t love you like I love you’, but Bey-Bey wanted to credit as many artists as possible inspiring this work of genius

-The line ‘What’s worse, looking jealous and crazy, jealous and crazy/Or, like, just being walked all over lately?/I’d rather be crazy’ is perhaps my favourite of the year, exposing the stereotype of overprotective and jealous (black) females as just a cover to take attention away from the males’ infidelity

‘That bit in the ‘Lemonade’ movie, where it turns to a CCTV camera as Be-be spits out the line ‘I always keep the top tier, 5 star/Backseat lovin’ in the car/Like make that wood, like make that wood/Holly like a boulevard’ before smashing the camera? That might be my favourite thing ever. It’s not in the YouTube video, so search it out

-I thought of loads of other reasons, but I’ve forgotten them now…

-How freaking good does she look in that video?

I was surprised I’d ranked this so highly, but then I played the song and remembered how freaking amazing it is 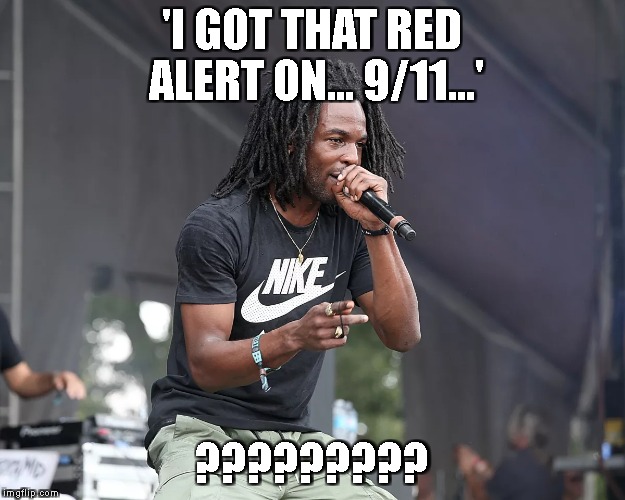 7 Kings of Leon: Find Me

Aaaaaargh!! I hate myself for how much I love this song! It’s not cool, Alex! You should be ashamed!

Damnit, it’s just so perfect, and should be taught at Rock School as a perfect example of how to construct an anthem!

When the lead has repeated its line a couple of times, bring in a crunching riff on the rhythm guitar: der-ner-ner, der-ner-ner…

Then have all the elements merge together about 30 seconds in to suddenly alert the listener to how much this song is about to rock: nah-nah-nah-nah-nah-nah…

Then drop it all when the vocals start. Students, you have created a perfect rock song

When every instrument is silenced and leaves just the lead guitar for a couple of bars at 3:14: commercial rock radio ubiquity is assured

Jesus, where did this come from? I’ve followed Lil Yachty religiously since I heard this utterly amazing track, and he has never come close to recreating its majesty

I’ve chosen this piece of beauty as the highest of Bey’s six (six!) songs on this list, as it stands as the denouement and culmination of the ‘Lemonade’ movie, and no matter how many times I see the movie I can’t help but scream along to this emotional anthem after being artfully dragged through an impassioned rollercoaster

Neither rock nor pop gets any better than this

Fuck you, Hotelier: I just checked how to get on your mailing list to know when you might be playing gigs near me, and noticed that you’re playing Manchester on the 6th December. I can’t afford this shit! Sigh… I bought a ticket though, see you there…

This song though, this song has become very important to me.

Makes me feel that I don’t have to die…’

This. This is it. This is why I love music.

Eat Shiitake Mushrooms is the pinnacle of Let’s Eat Grandma’s majesty, it’s the sound that’s made when two artists make music that is enamoured with the very potential and possibilities of music itself, it’s the sound of music made to celebrate the very wonder of music. It’s a little ridiculous, it’s extremely silly in parts, and you may very well laugh at it the first time you hear it. It is, however, the greatest thing you’ll hear for a long time

That drop at 2:16 is so amazing it makes me wet my pantaloons

3:30- ‘The water’s contaminated with a peculiar illusion…‘ My God! Is she… Is she fucking rapping?? Is this ‘Flight of the Conchords’?? It’s so ridiculous, so stupid, but somehow it works! Let’s Eat Grandma are so unconcerned with accepted codes of conduct that they don’t for one second consider such a thing to be chronically uncool.

‘And you were never invincible,

And you were never predictable…’