Hey! I wrote a big review of this album when it came out! What, you want me to cut and paste all those words here?? Jesus, your sense of entitlement is actually rather worrying. I’m not angry, I’m just… learning things about you…

I’ll just add one little story. One of my friends actually subscribes to my blog. Like, literally I think, one of my friends. That’s how fucking useless my friends are. Honestly, if you take away the option of offering them an excuse to get drunk (even if you keep stressing to them that, even if you don’t drink, you really fucking want them to, because they’re such overwhelming dullards when they’re sober!) you’ll find that many of your friends don’t actually care that much about you. Anyway, my one true friend, the one who actually reads this piece of shit blog, noticed that my latest masterpiece was titled ‘Govier Forces a Little Exception of His Own’ and asked me if I was making political posts now. I just said ‘No’, that ‘Govier’ was the name of the artist, and we moved on. Much, much later, I started to get puzzled by what exactly about that particular title might have led him to believe that it was political, and I think by now too much time has passed for me to reopen the inquiry to attempt to discover…

Michael Gove!! He thought it was about Michael Gove. Well, that’s been solved, and I hope the Michael Gove reference in my latest Miley Cyrus review helped quench that particular thirst. Wow, turns out I really didn’t have anything to talk about for this entry…

Hmmm, maybe I should have called my debut album ‘PALMER’. Pretty legit, isn’t it? Like he’s SHOUTING his surname at you. Now, I don’t want to tell people how to do their job, and Michael Kiwanuka would probably argue he has just as much experience in the music industry as me (I would, of course, refute that claim, rather amused, but it’s a free country and he can argue whatever he wants), but I can’t help but feel this album’s effect would have been heightened further if he had taken the Jamila Woods approach and called it ‘KIWANUKA! KIWANUKA!’

‘KIWANUKA’ (SCREAM MY NAME, BITCHES!) may be a far more accomplished and technically sound album than 2016’s brilliant ‘Love and Hate’, but I often worry that it’s a little too smooth, a little too pristine, a little too perfect, like he’s smoothed off many of the edges that provided jags of interest in his previous record and hence the album is slightly more difficult to go koo-koo-goo-goo-ga-ga over. It’s a brilliant, brilliant album, as any other review would tell you, but one that’s difficult to truly lose your shit over.

Well dang, turns out quite a few critics lost their shit over it. You know what this means? Exactly. All of the other critics are wrong.

You know what? Could’ve swore I had it higher than that. He’ll be number one in 2045!

51 The National: I Am Easy to Find 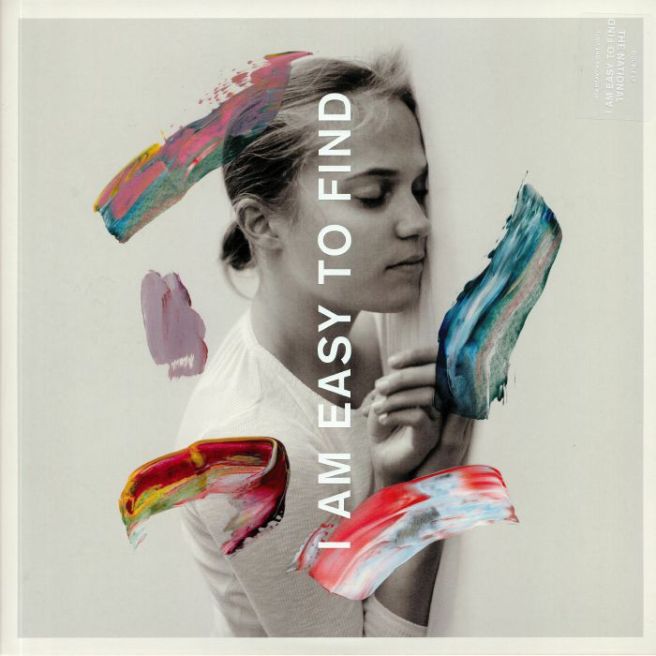 I mean… yeah… this is great and all… but… we all knew that it’d be great, didn’t we?

The problem with The National in 2019 is that they are easy to find*, any record by the National now is such an obvious slam dunk that it’s getting easy to take them for granted. Yeah, of course ‘I Am Easy to Find’ is brilliant, their last album was brilliant, the album before that was brilliant, as was the one before that. Everything they’ve ever done is brilliant, and their latest might add a lot of female vocalists to the mix and perhaps a little more electronic flashes than there were previously, but it’s still essentially more of the same (brilliant) shit.

(*that’s a reference to the album title, do you see? I’m a fucking genius, why does nobody read this blog?)

The real issue, I think, is that despite them always musically evolving and incorporating more elements to their sound all National songs kinda sound the same. Yeah, they’re all very different with very different sounds and very different lyrical themes, but the tone is so similar and Matt Beringer’s delivery so consistent that it’s only natural that the audience start to become a little desensitised by this point. It’s beginning to seem like they have one (excellent) trick that we’ve let them get away with pulling for eight albums. The band could do with a serious rethink by this point. Or, just release practically the exact same album again, and I might be in a different mood the year it’s released, there’s really no way of knowing. Nobody said being in a band was easy.

Fucking yes, the opening track on this album, man 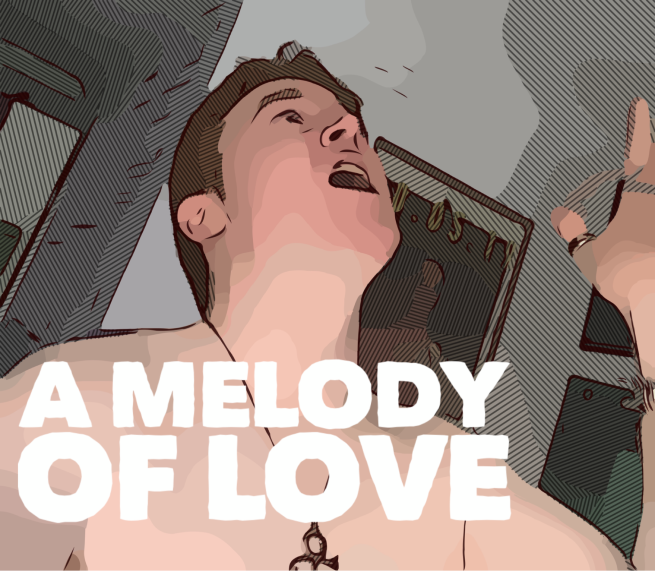 Yes, I took ecstasy to best appreciate this album, which naturally led to me taking my shirt off. No, I don’t know what’s going on with my face in that last picture, have you never taken pills before?

More brilliant stuff by Hot Chip, as usual marrying some of the dullest and most prosaic lyrics imaginable with some absolutely frickin’ banging house music. It never quite lives up to its opening track (which is a constant theme on Hot Chip albums) but, seriously, what could? It’s still an absolutely amazing collection of music and Hot Chip continue being one of the country’s most consistent examples of low key quality.

Yeah, right, I met up with a friend and her new boyfriend earlier this year, and she was laughing at him because he apparently only knew one Beatles song when they met. I countered that it was actually far preferable that he wasn’t so in thrall to our imagined past, that such twisted nostalgia only leads to Brexit and Trump. I said that it’d be far more preferable if he knew more about modern music, like… like… like… like Hot Chip! My friend then said that Hot Chip were by far the worst band she’d ever seen live.

What’s your main takeaway from that conversation? Is it the surprise that apparently Hot Chip are such a dreadful live act? Or is it the fact that, when struggling to name a ‘modern’ band, the best I could do is fucking Hot Chip, who released their debut album fifteen years ago? Yeah, it’s the latter, isn’t it? I still wake up in cold sweats…

49 Andrew Bird: My Finest Work Yet

Andrew Bird will always make this list, he’s freaking awesome and his standards are consistent. He might be something of a James Milner rather than a Raheem Sterling, he’s going to provide solid foundations for any list for an admirable length of time, rather than truly excite the list and be named among the best when the awards are counted up, but we’re all so happy he’s there, aren’t we?

Also, there’s a song on here about the Spanish Civil war, you know what that means:

Yeah, I enlisted my friends help for this- the same friend who moaned about Hot Chip, funnily enough. We were struggling, I’ll admit.

Christ, he was obviously going to turn up as well, wasn’t he? If you’re wondering, the title is Spanish for ‘Bravo that Courageous Quiche’. I’m not going to sit here and explain what that means in terms of the Spanish Civil War, this isn’t a history lesson. Seriously, read a fucking book sometime, yeah?

OK, I’d heard this one! The Clash were a very, very silly band. They were occasionally a lot of fun, don’t get me wrong, but they were often in danger of forgetting that and convincing themselves that they were real musical agitprop capable of saving the world, rather than upper middle class art school students playing at being punk rock stars. They were essentially The Manic Street Preachers with rich parents and with the blokey, macho energy turned up to ten to abolish any icky feminine influence. And, let’s face it, with vastly inferior songs. Spanish Bombs is alright, I suppose, a bit of Spanish in there, like going to school, innit?

A brilliant, brilliant song, that surveys the current landscape of the far right succeeding with their unity and togetherness and far too many people profiting off the divisions elsewhere, fanning flames of unrest against certain minority groups to feed their own agenda. He warns us that ‘It’s like 1936 in Catalonia’ and while it may be (relatively) ‘Bloodless for now’ we’re not far from some proper uncivil beshizzle and before you know it Joe Strummer’s writing songs about us. 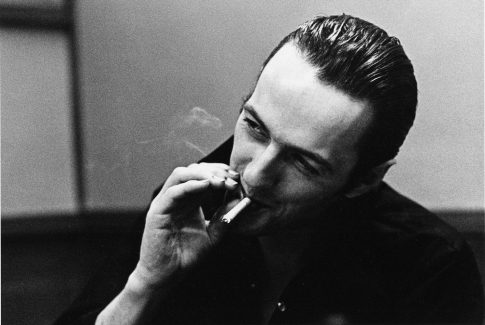 What was that? He’s what?? When did this happen?! 2002?? Aw man, that’s not fair! I was too busy listening to ‘Highly Evolved’ by The Vines in 2002, I was never going to notice anything like that! Alright, Billy Idol will be writing songs about us. He was in The Clash, right? I thought he was the one with the teeth. I mean, yeah, obviously he got the teeth sorted before Rebel Yell, because… eugh…

1 Manic Street Preachers: If You Tolerate This Your Children Will Be Next