62 Miley Cyrus: She is Coming 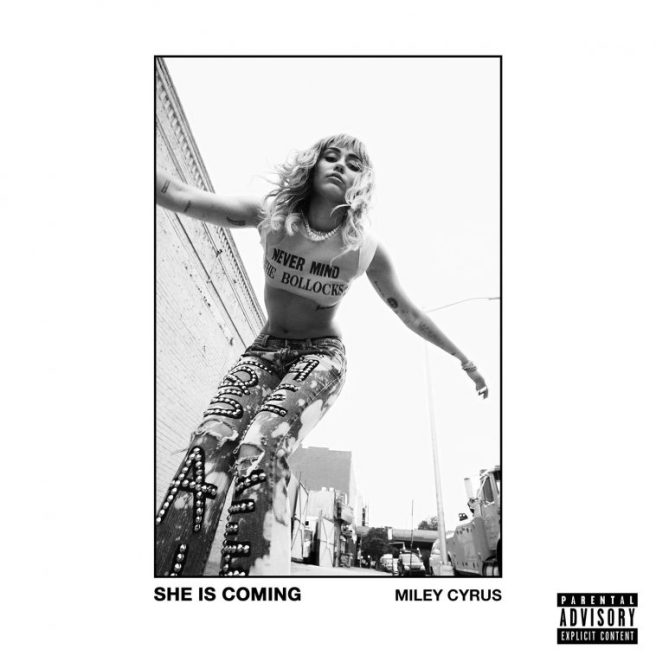 As you were no doubt taught in economics class, Joseph Schumpeter theorised that there were three distinct types of Miley Cyrus

The EP ‘She Is Coming’ (she’s ‘coming’, yeah? Coming, y’know? She is ‘arriving’, do you get me? She’s reaching her destination, are you all with me?? She is disembarking whatever transport she utilised in order to reach this place, could she make it any more clearer??) comes a lot closer to successfully combining the three distinct strands of Miley than pretty much any release of her’s so far, with only the occasional shout of ‘Swish swish motherfucker!’ to ruin the carefully curated sense of pop wonder. Plus Catitude, which is probably the worst song she- or indeed, any human being- has ever released. 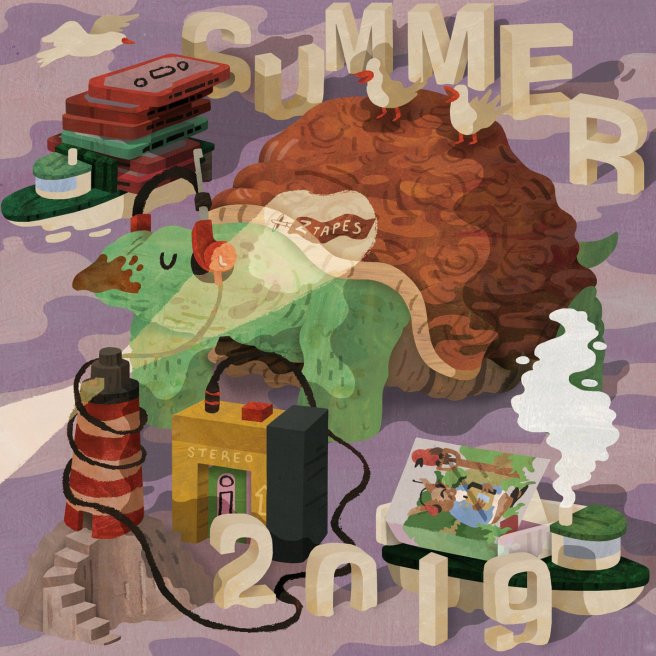 Another year, another four absolutely amazing Z-Tapes compilations, of which ‘Summer 2019’ was just about the best. Guys, you can pay whatever you want, why don’t you already own at least one album of by far the most consistently good compilation series in the world?? 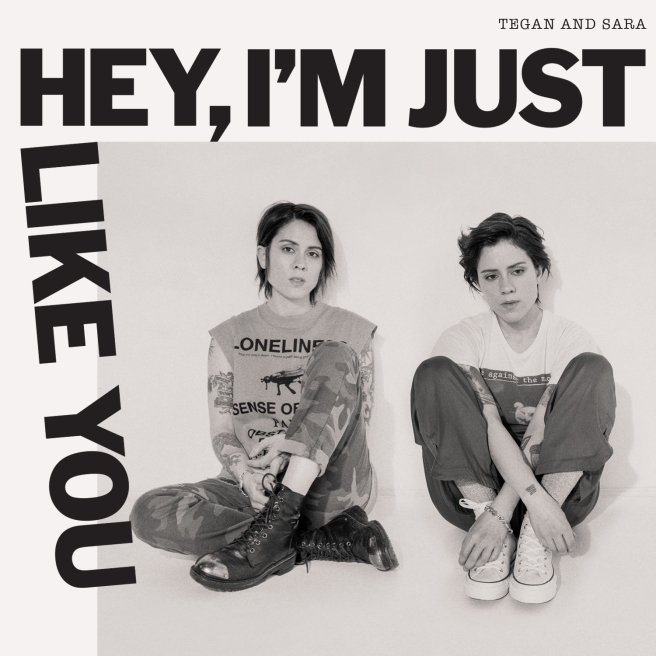 To coincide with the release of their memoir ‘High School’ (which I’ve definitely read, as long as there aren’t any follow-up questions) T&A released an album of new recordings of unreleased songs that they wrote when they were teenager. If you’re like me, then it’s obvious what the first thing that came to your mind was.

What, so they both wrote this memoir?? Did they rent out a hotel room and both crowd round the same typewriter, like Niles and Fraiser in that wonderful episode in season one?? That’s adorable!! Hmmm… what…? Oh, they wrote alternating chapters? Oh… Yeah, yeah that… that seems like a legitimate stylistic choice… sigh… I guess that explains why chapter seven is Sara talking about the time that Tegan embarrassed herself by wetting herself in the line for the carousel at Centreville Amusement Park, and that chapter eight is Tegan calling Sara a lying skank and that she fucking knows that was just apple juice because the bitch squirted it their herself! She says that, unless Sara admits the truth in chapter nine then in chapter 10 she’s going to tell everyone the story about what Sara did when she ran out of tampons at Niagra Falls. A sort of truce is reached when both Tegan and Sara agree that the incident at Centreville Amusement Park really ruined their 28th birthday.

I’m not even going to use this post to go off on my usual Tegan and Sara rant, ‘Hey, I’m Just Like You’ really is rather lovely. The lyrics are never embarrassing, faces are never palmed, and the whole effort is actually an extremely sweet exercise that just proves that the Quins were extremely competent songwriters even when they were likely insufferable teens probably singing about how much they hated the popular kids at school and moaning  about how much their parents so obviously hated them. In fact, if you read the memoir, you’ll know that the titles of all of these tracks originally ended with the word ‘Mom!’. I Don’t Owe You Anything, Mom!; We Don’t Have Fun When We’re Together Anymore, Mom!; You Go Away and I Don’t Mind, Mom!; Hold My Breath Until I Die, Mom!…

Yeah, comedy gold, the whole of that entry. We joke about child abuse these days, right? 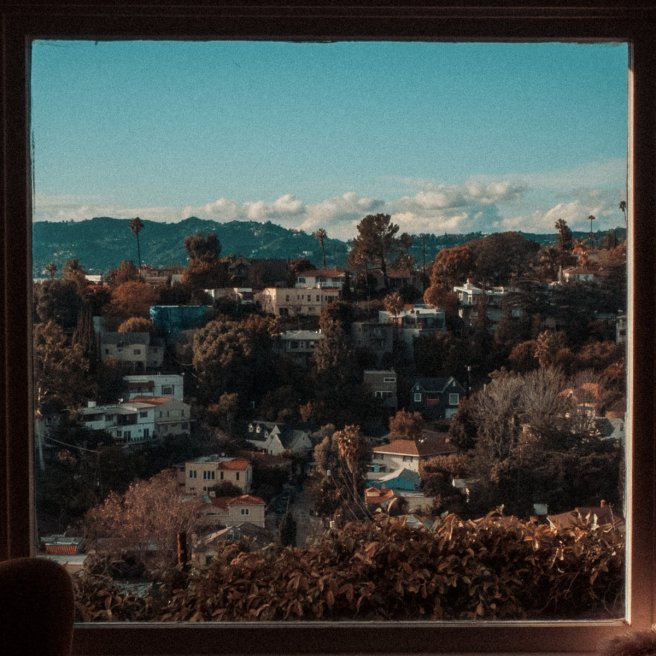 You mean to tell me that, when Mr Helltown played his amazing new record to his friends and family, not one person was polite enough to mention that Hallowed Ground was almost exactly the same as Free Love Freeway by David Brent?? Mate, you need to get some better friends, I remember none of my so called ‘mates’ ever tipped me off that somebody already released a song very similar to my I’d Do Anything for Love (But I Won’t Screw Jack) and made me look quite the fool when I debuted it at the 2011 Grammy Awards.

Straight up acoustic guitar music simply doesn’t get better than this, and even outside of Novel– officially one of the best songs of 2019 that you might not have heard– the motherfucking songwriting craft on display here is pretty outstanding.

When searching for the actual name of the performer (I’ll have to assume it’s Mr. Helltown) I came across his Instagram and noticed he’d actually posted my previous bigging up of him. All eleven people who liked that post better have fucking visited the site, donated to MRSN and sent me cash in the post! I’m watching you, Forest Erwin!! 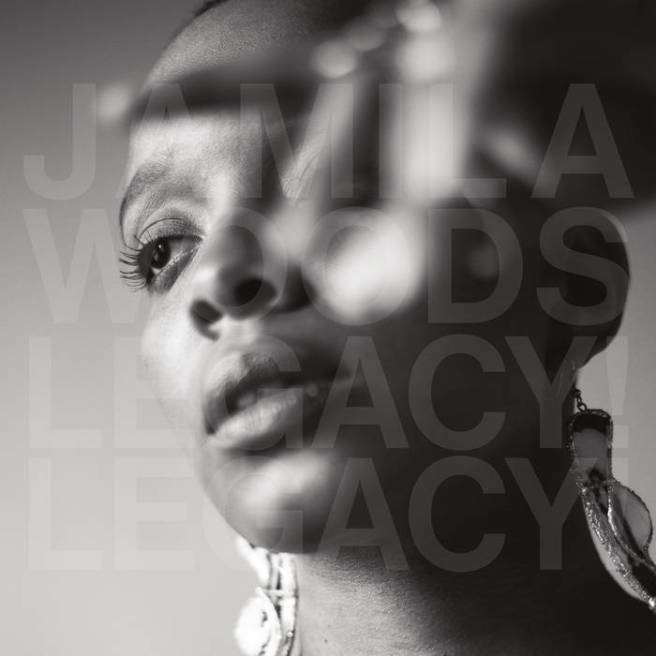 CAPITALS! CAPITALS! I FUCKING LOVE CAPITALISED ALBUM TITLES! ADD AN EXCLAMATION MARK TO THAT MIX AND, MATE, MY KNICKERS ARE ALREADY OFF! AND TO REPEAT THE TITLE AS WELL! M-WAH!! I THINK EVERY ALBUM TITLE COULD BE IMPROVED BY THIS! ‘NEVERMIND! NEVERMIND!’! ‘ABBEY ROAD! ABBEY ROAD!’! ‘ENTER THE WU-TANG (36 CHAMBERS)! ENTER THE WU-TANG (36 CHAMBERS)!’!

CAPITALS! CAPITALS! I FUCKING LOVE CAPITALISED ALBUM TITLES! ADD AN EXCLAMATION MARK TO THAT MIX AND, MATE, MY KNICKERS ARE ALREADY OFF! AND TO REPEAT THE TITLE AS WELL! M-WAH!! I THINK EVERY ALBUM TITLE COULD BE IMPROVED BY THIS! ‘NEVERMIND! NEVERMIND!’! ‘ABBEY ROAD! ABBEY ROAD!’! ‘ENTER THE WU-TANG (36 CHAMBERS)! ENTER THE WU-TANG (36 CHAMBERS)!’!

Do you see what I did there? I wrote the first paragraph in capitals twice followed by exclamation marks. Yes, it was very clever. I think I understand why nobody reads this blog now, it’s so smart that it probably goes over most of their heads. The stupid, stupid idiots. Yeah, I’m talking about you. But you’re too stupid to realise. It’s the perfect crime.

I love Jamila Woods. I have done for a while, long time readers will remember the praise I slathered over her 2016 album ‘Heavn‘, where I was so impressed that I wrote “I don’t go on 4Chan message boards and eulogise how James Bond could never be played by Idris Elba because black people are genetically poor at espionage”. Oh, that was obviously one of my less focused reviews, but the point is I really liked it. The main thing I liked about Jamila was her talant at marrying incisive and undeniably important social commentary with pretty freakin’ bangin’ choons and always managing to make the resulting music so unexpectedly fun. I worry that ‘LEGACY! LEGACY!’ (LOVE IT! LOVE IT!) may be going off slightly too far in one of these directions and not giving enough importance to the other two. ‘L!L!’ is an extremely commendable and worthwhile album, with Ms Woods telling stories of her own experience through the prism of tales of black America’s most important (and often under represented) black cultural icons. Consequence of Sound’s (extremely positive) review claims that “It’s heavily researched — and should be studied by others: This record could be the basis for a college course or used as an actually accurate history book”. Which is… yeah… a brilliant achievement… but the unspoken fact that’s understandable difficult to admit is that it’s no way near as enjoyable a listen as ‘Heavn’. It’s so, so, so admirable, and if this was a list of the year’s most important albums, then it might be as high as no.2 (remember, Charli XCX is always ‘the most [X] of [y]’, whatever x & y are), but it’s difficult to really lose your mind over. 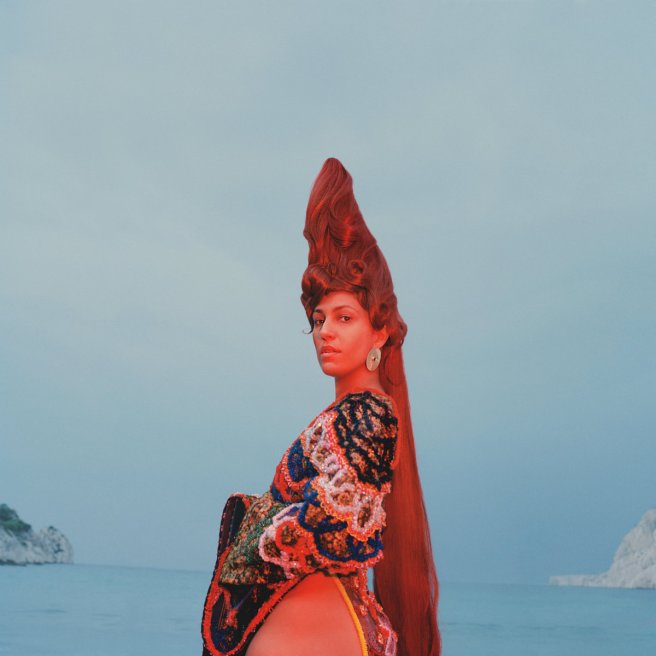 Yeeeeeeeeeeeeeeah, there’s not enough of this brilliant nonsense on this year’s list. Challenging, uncommercial, experimental, epic, inane, big hair- a lot of important boxed being ticked here. Lafawndah is a very, very, very good thing, ‘Ancestor Boy’ is exactly the reason music deserves our investment, and the places she takes her sound next will be far more useful waiting expectantly for than… than…

I dunno… Radiohead…? Listen, it’s Friday night and I am done for the day, just buy the album then make up your own fucking jokes, alright?