“Broken spirits and overblown lyrics, they all mean the same to me/Unperfect equals and blockbuster sequels you still pay the same fee”

OK. I’ve got a secret for you. Come closer. Closer. Little bit closer. Fuck, not that close! Yeah. That’s good. I’ve got something good. Keep it down, man! OK. Listen closely:

I think Govier is pretty special.

‘Metal Target’ isn’t quite his masterpiece, we’re still in the early stages* so don’t get too excited just yet, but the talent and potential is there. There are suggestions in ‘MT’ that Govier is capable of combining the experimentation of early Beck with the craftsmanship and gorgeous songwriting of latter Beck, two facets Beck himself never quite managed to successfully combine. I have high hopes that Govier will blow us all away at one point in the near future.

For now though, we’re ‘just’ left with an extremely good album and one of the year’s best songs. It’s imperfect, Govier hasn’t quite yet mastered the synthesis between experimentation and beauty, and- bahgad!- you know how I hate lo-fi production, but the talent is there, the ideas are there, and the potential is most definitely there. 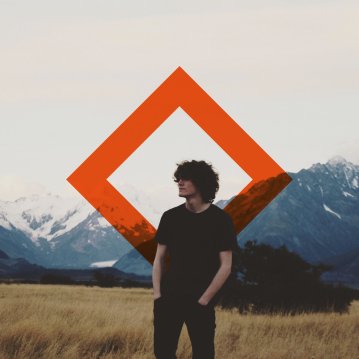