The 1976 movie ‘Snuff’ is a pretty by the numbers meat and potatoes early slasher flick, revolving around the exploits of some n’er do well bikers in South America. The leader of the bikers is called ‘Satan’, which you have to imagine they planned to change at one point. The movie becomes rather notable at its end though.

The film ends with a pregnant actress being stabbed (it was very much that kind of movie), but then we hear the director shout ‘cut’ and the camera pulls away from the action and back to reveal the full movie set. Cameras, crew and director. As the crew pack up their shit, happy with the results of the obvious $72 that went into making the film, a script girl approaches the director and confesses what an admirer she is of his work. She also, predictably, tells him how the violent scene turned her on, because bitches be craaaaaaazeeeeeee!

The director suggests that they have sex, because that’s the absolute most sane thing to do, and the craaaaaaaazeeeeeeeeee woman is all to happy to consent. She’s really starting to get into the rumpy-pumpy until she notices, with horror, that the camera is still rolling. She tries to pull away, but the director stops her and picks up the knife that had just been used to ‘stab’ the pregnant actress in the film.

He looks directly into the camera lens and asks “You want to get a good scene?”. Is he talking to the camera operator, or to the viewers? We don’t get much time to consider the philosophical question, because the director then slices off the woman’s fingers, then her hands, then starts just lopping pieces off with abandon. The attack culminates with the director cutting open the woman’s abdomen to pull out her inner organs, and then holds them over his head in triumph. The organs still seem to convulse. The image goes black.

There are no credits. 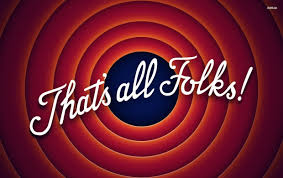 Yes!  Yes! That’s the kind of disturbing, fourth fall fucking ending that I plan for this blog to conclude with! When I decide that the world no longer needs my droll hot takes on music no fucker has ever heard* I’m going to suddenly break away from my insightful and incisive (and- dare I say it?- woke) review of Waxahatchee‘s latest album and announce that I’m about to livestream my suicide. The millions of viewers will watch as I slit my own throat in real time (maybe slicing my abdomen and pulling out my inner organs, that shit’s pretty cool) and the screen is filled with blood. Nobody will hear from me again and for the rest of time it will be debated what really happened to the Greatest Blogger of His Generation™. It’ll all be a stunt, of course, but nobody would ever know for sure what they saw!

(*I honestly can’t imagine that time coming. It’d be like Jesus just all of a sudden deciding that the world no longer needs his… bread… and frankincense… or whatever he gives people… This blog is required for the world to run smoothly, I won’t be stopping for a long time. or at least until I get a job. Or a girlfriend)

Either that, or I’ll break off my review and announce a livestream of me definitely not killing myself. I’ll leave a cardboard cut -out of myself on screen for the rest of eternity, then actually commit suicide off screen. Either way, it’ll really fuck with people’s minds, man!

Would people enjoy that though? People certainly didn’t enjoy ‘Snuff’, it has a Rotten Tomatoes rating of 26%, because the norms can’t handle it. Are you even supposed to enjoy art? Isn’t art that’s meant to be enjoyed and designed to please just (spit) popular cuture??

I certainly don’t enjoy ‘Voice Hardcore’. It really, honestly and categorically, disturbs me. I’m not sure you could categorise the album- comprising solely of countless layers Phew’s (the only name she’s ever been known by) voice being twisted, mixed and distorted – as ‘music’. If a track off it comes on my music player after dark I often have to skip it because I find it legitimately scary. Fear. Terror. Discomfort. Disgust. Regardless of their supposed negativity, these are nonetheless still real emotions, and ‘Voice Hardcore’ elicits emotions perhaps more intensely than any other record released this year.

Would I recommend it? Probably not. Almost definitely not. It’s not in the least bit enjoyable. But it’s an experience, and Phew absolutely deserves your money in the same way similarly challenging artists such as drowse and The Body deserve your money. They are making art in its most purest form, not to please anyone or to cater or pander to any wants. Artists like Phew make the world a better place.

Yeah, I’m not sure I’ve ever managed to listen to it all the way through (shiver) 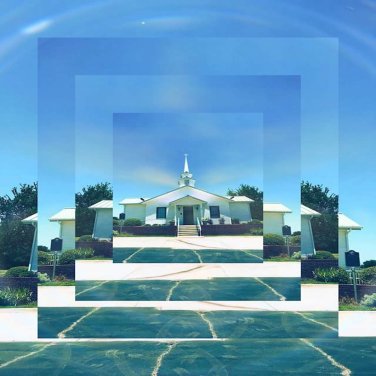 Vacation Bible School released two records this year. I bought them both and still can’t exists with what they do is only art because it exists and someone made it. But then, isn’t that, like, the purest form of art??

I dunno, fuck off, this review’s already too long