The 1976 movie ‘Snuff’ is a pretty by the numbers meat and potatoes early slasher flick, revolving around the exploits of some n’er do well bikers in South America. The leader of the bikers is called ‘Satan’, which you have to imagine they planned to change at one point. The movie becomes rather notable at its end though. 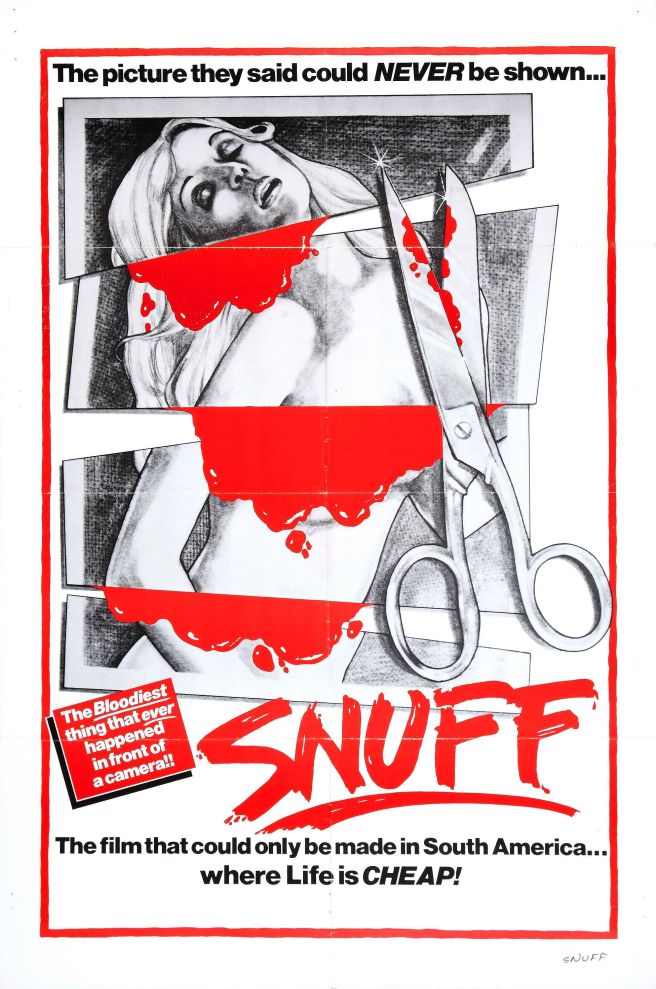 The film ends with a pregnant actress being stabbed (it was very much that kind of movie), but then we hear the director shout ‘cut’ and the camera pulls away from the action and back to reveal the full movie set. Cameras, crew and director. As the crew pack up their shit, happy with the results of the obvious $72 that went into making the film, a script girl approaches the director and confesses what an admirer she is of his work. She also, predictably, tells him how the violent scene turned her on, because bitches be craaaaaaazeeeeeee!