Hooray for me. A winner is me. I’m the king of the world. I am a golden God. I put the bomp in the bomp bah bomp bah bomp. I’m that star up in the sky. I’m that mountain peak up high. Hey, I made it. I’m the world’s greatest. I assume that allows me to enslave any underage girl I want, with occasional pissing privileges. What a time to be alive.

This week 2019 officially outstripped 2018 on Necessary Evil, with the site getting more views and more individual visitors than ever before. This despite me not even starting the end of year list, which has always been the only reason any of you miserable cunts (love you!) ever visit this piece of shit site. This is, of course, an outstanding achievement which you no doubt would have heard on the news. Whatever it is that I do on this blog is more popular than ever.  Perhaps it’s due to me writing many more non-list entries this year. In 2019, I’ve written 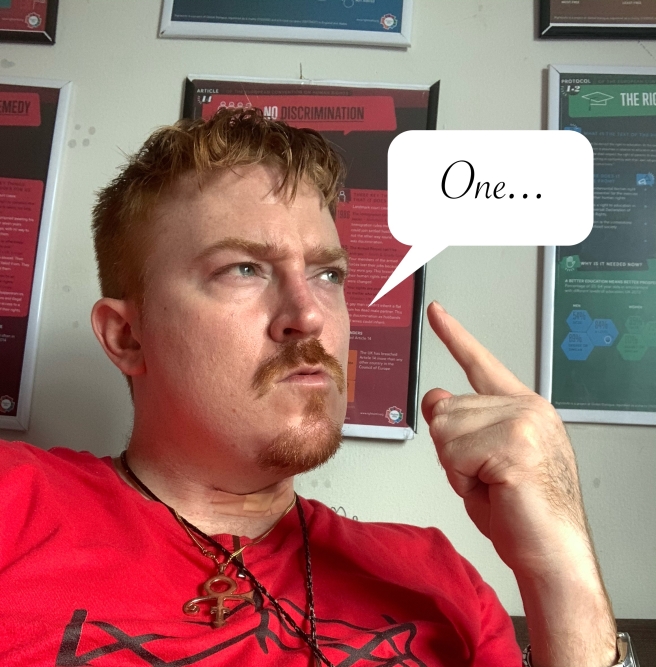 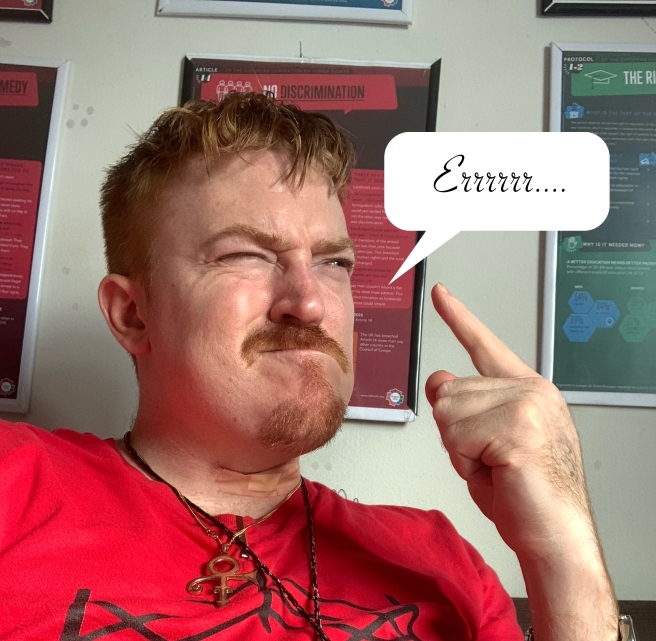 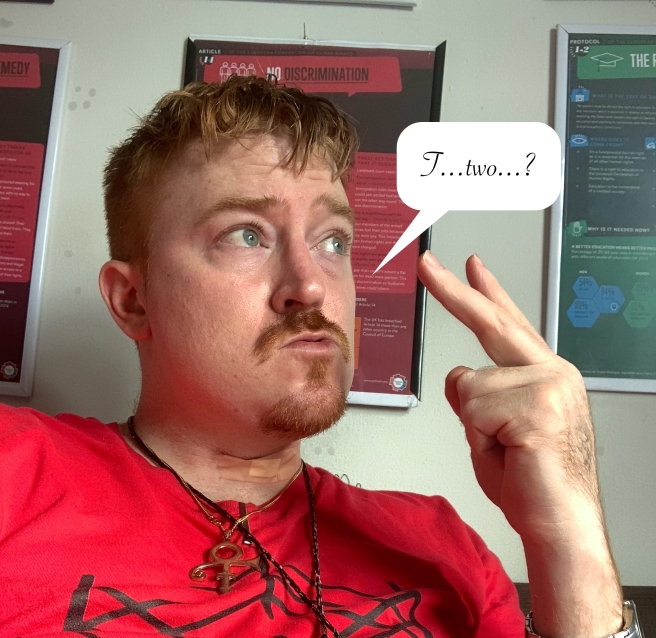 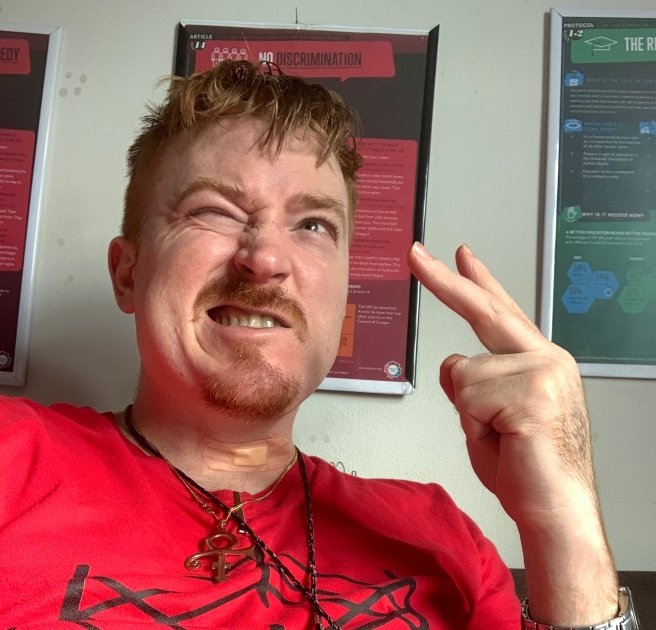 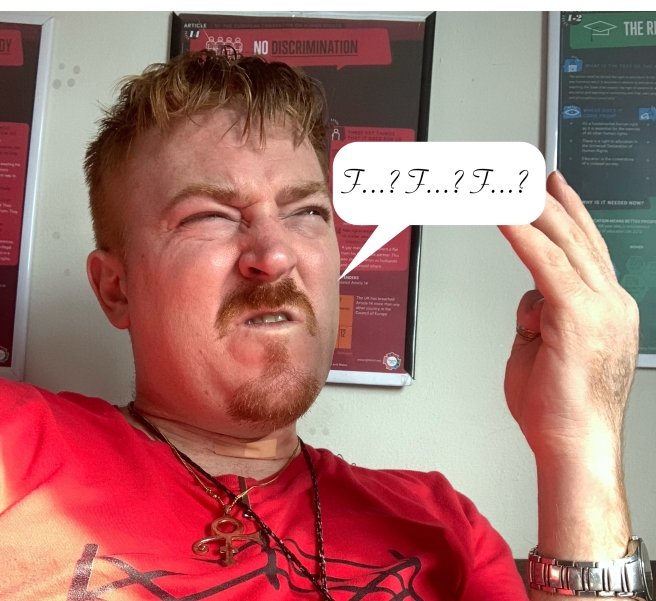 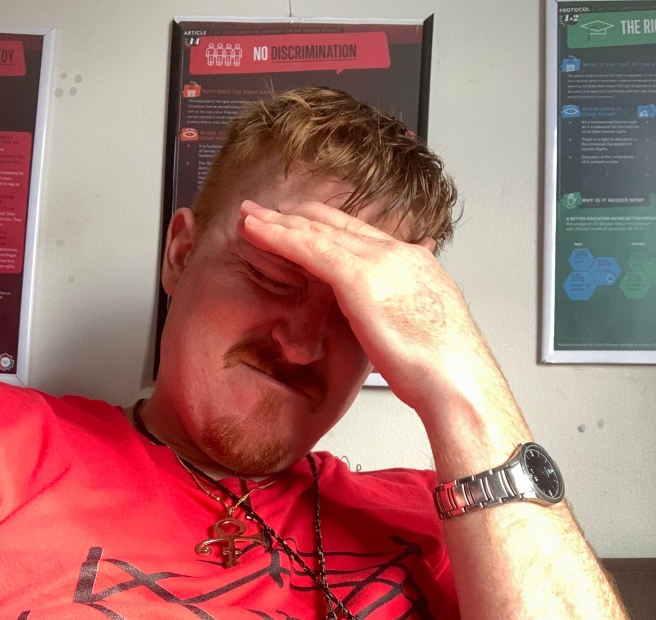 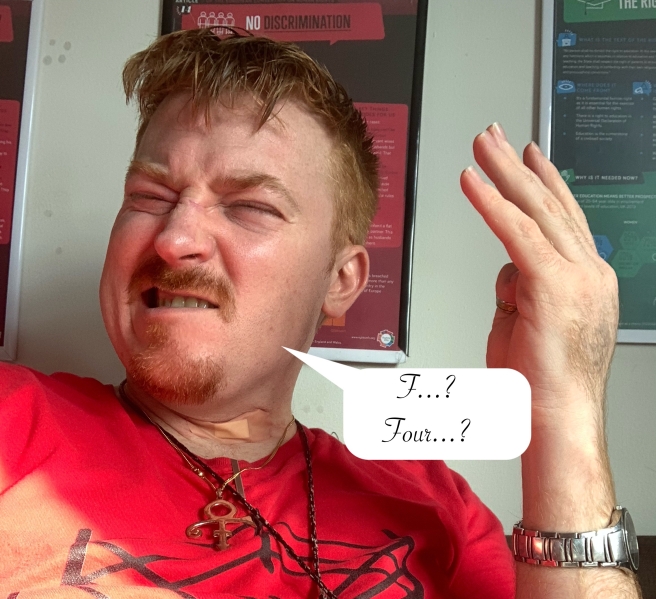 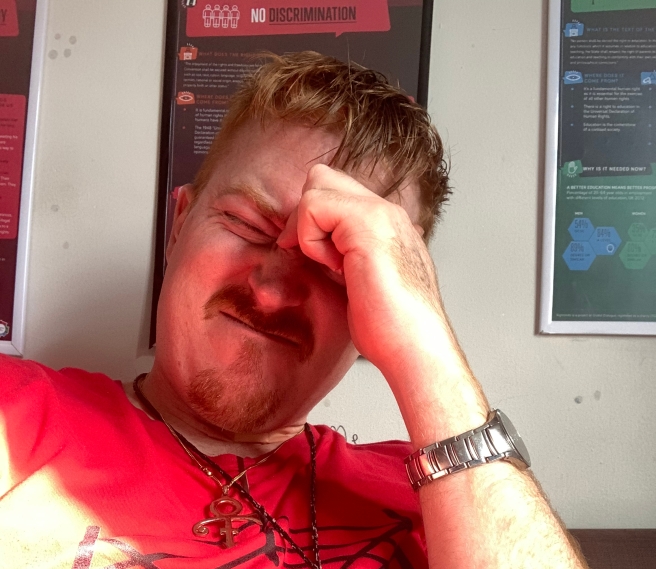 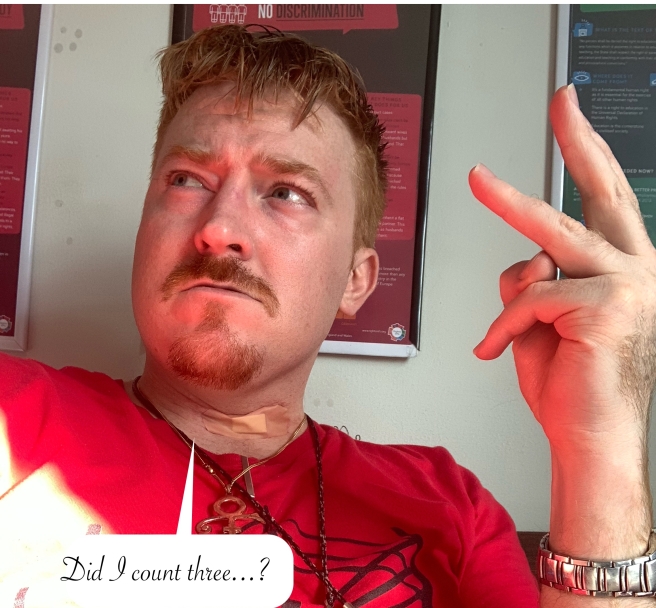 I’ve written a number of non-list entries, which beats my previous record of ‘a lot less’ at best and, more commonly, ‘fuck all’. I’m not going to waste much time trying to analyse why I’m so popular- just luck at that fucking face. Adorable- but such a momentous occasion deserves something of a celebration. And I couldn’t think of a better one than this. Or, more accurately, I could think of a million better ways to celebrate than this, but this is the only one I could be arsed doing. Good? Good.

You could probably guess what I’m aiming to do. As we edge towards the end of the year, it’s obvious what needs to be done, and the fact that we are about to close on a decade that has seen the arrival SnapChat, Pope Francis, Boko Harem, Transformers: Age of Extinction and Miley Cyrus & Her Dead Petz only makes things more imperative.

That’s right: a statistical breakdown of the best albums of 2018!!

Yeah, I know, I should have done this in January when I finished the countdown, much like I published detailed breakdowns soon after 2016 and 2017 finished. But you know what? I’ve just been busy, man, y’know? Did you not notice that it took me three entries to list the greatest Money in the Bank matches ever? If I’m spending so much time on bullshit like that how am I ever going to find time for bullshit like this? Are you going to be one of those people who doesn’t like it when things they don’t like happen?? Grow up, this is neoliberalism and you’ll accept whatever we tell you that you’re happy with.

END_OF_DOCUMENT_TOKEN_TO_BE_REPLACED

I know, I know, she’s not number one. This was all set up to be perfect, wasn’t it? Nobody has ever won Necessary Evil more than once, and after her outstanding debut won it way back in 2010 before anyone important was even born, it seemed as if it was all set up for her to make history. But she’s at number two. I’m as shocked as you are. 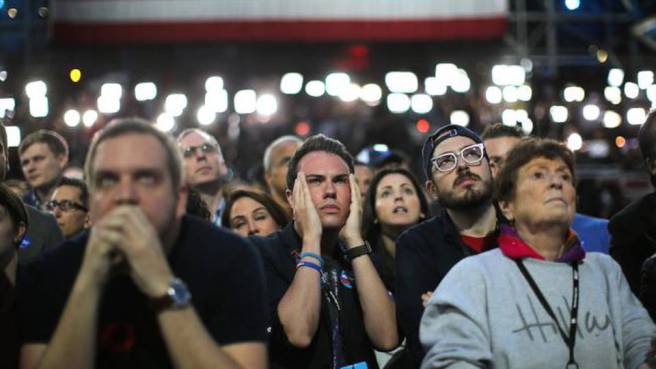 It’s something I’ve been struggling with since April. The reason so many albums were seriously considered as being 2018’s best is because for near eight months I was furiously searching for a reason to not hand it to Janelle Monae.

END_OF_DOCUMENT_TOKEN_TO_BE_REPLACED

A man enters the bar, possibly Irish, possibly Scottish, possibly Micronesian. His nationality isn’t important to the rest of this wry story. The bar was actually in Eastern Ukraine, but the man might have been on holiday, we don’t know. He orders a double negative. The barman asks him what the hell a ‘double negative’ is. The guy says it’s what he calls a double martini. The barman says that it was a lame way of trying to find some relation to the particular album this story ends up on, but took the man’s money and served him a drink. After the man finishes the double negative, he peeks inside his shirt pocket then orders the bartender to prepare another one. The barman asks him where exactly in the world do people call a double martini a ‘double negative. The man says that everyone calls it a ‘double negative’ where he;s from. The barman asks where he’s from. The man says where he’s from isn’t important, as it doesn’t play into the punchline in any way. The barman rolls his eyes and hands over the drink. After the man finishes it, he again peeks inside his shirt pocket and orders the bartender to bring another double negative. The bartender says, “Look mate, I have to say you’re being really weird. You call a double martini a ‘double negative’, you say that everyone does where you come from then refuse to elaborate on where exactly that is. Then there’s the thing with the photo in the pocket. You’re bumming me out! I’ll bring you ‘double negatives’ all night long, but can you at least tell me why you look inside your shirt pocket before you order a refill.” The customer replies, “I’m peeking at a photo of my wife. When she starts to look good, I know it’s time to go home.” 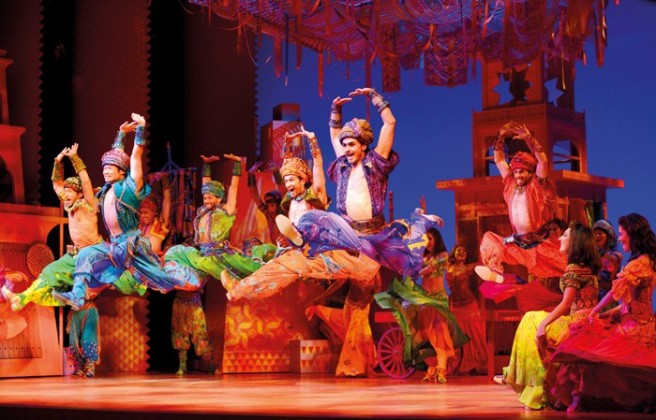 Wa-hey! Because his wife… his wife’s really ugly… I guess… Thought I’d start with a joke, because this post is a little low on brevity. I am, unfortunately, unbearably serious about how much I love this record

END_OF_DOCUMENT_TOKEN_TO_BE_REPLACED

If you haven’t seen and heard Tierra Whack’s outstanding album, ‘Whack World’, then you should absolutely be ashamed of yourself. But there’s really no reason that shame needs to engulf you for long. It’s fifteen fucking minutes. Here it is:

END_OF_DOCUMENT_TOKEN_TO_BE_REPLACED

I normally leave this until the end, but Mitski’s live performance is central to this piece, so: 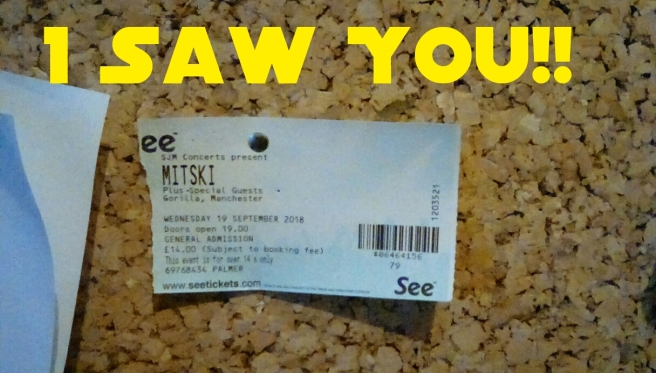 I really liked Mitski’s last album, even if as you can see my review was mainly made up of me bemoaning the fact that I hadn’t afforded it the time it obviously deserved and it was a far better album than its lowly placing suggested. Then I started talking about the person who murdered Jo Cox, because I’ve always found it difficult to concentrate on one thing and I’d probably read a bit about Mr. Death To Traitors, Freedom For Britain recently and I can’t help myself jabbering on sometimes and it’s getting cold but I don’t want to turn my heater on and my favourite theme song at the moment is probably Alaister Black‘s but I’m growing to love Tomasso Ciampa‘s and oh look, is that a squirrel? I went to see her at Gorilla mainly down to the fact I fancied going to a gig and she was there. I even shamefully put off buying her album until just before the gig, waiting for it to appear on torrent sites. I did buy it eventually, Ms Miyawaki, don’t worry, I just didn’t consider owning it as being that essential. Then. I saw her.

END_OF_DOCUMENT_TOKEN_TO_BE_REPLACED

I’ve dragged this blog to some pretty dark places as we move toward the end. The possible end of Hejjy and my relationship, which I had rather naively and foolishly pitted so much of my happiness on, hit me hard. I hadn’t previously realised to what extent I’d subconsciously done until it was potentially pulled away. I quickly realised that I’d actually based all of my future dreams, centred every situation I imagine myself in, around Hejjy and the threat of her being removed from all of these fantasies meant my head was forced to furiously remove chairs and make new plans like WWE when Roman Reign’s leukaemia sidelined him. Everything I knew was wrong, suddenly I had nothing to look forward to. Life suddenly became completely pointless. And I still had to finish this fucking list that nobody reads!! Then, this morning I got up and opened the curtains. 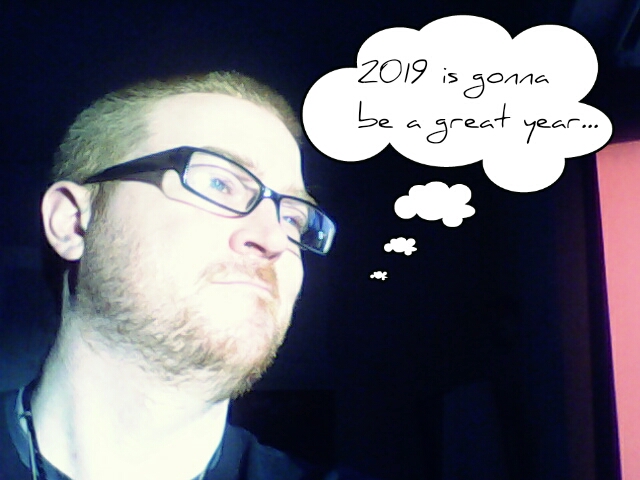 It’s a sunny day. I get to listen to the lovely Let’s Eat Grandma record. Even the fact that they are no longer my band didn’t hurt that bad. Then, as I make dinner, I put the genius second record by Tove Styrke on my headphones and… danced around the flat in the sunshine.

END_OF_DOCUMENT_TOKEN_TO_BE_REPLACED

I have a weird, suffocating and in all definitions probably entirely sexist relationship with Let’s Eat Grandma. I feel hopelessly in love with their incredible debut, it was simultaneously insanely exploratory and captivatingly naive about where these probing songs would take it. Part of the reason I loved it so was the fact that Rosa Walton and Jenny Hollingworth were from Norwich, a city I still consider my true birth place, as it was attending university there and living there for much of my 20s that I started to recognise what kind of person I was and what sort of man I had grown into*, so I’m always extra excited to hear such astonishing music from there. But it was also the fact that Walton and Hollingworth were 16/17 year old teenage girls when they released it. Was I subconsciously belittling these two incredible artists by thinking of them as my children?? 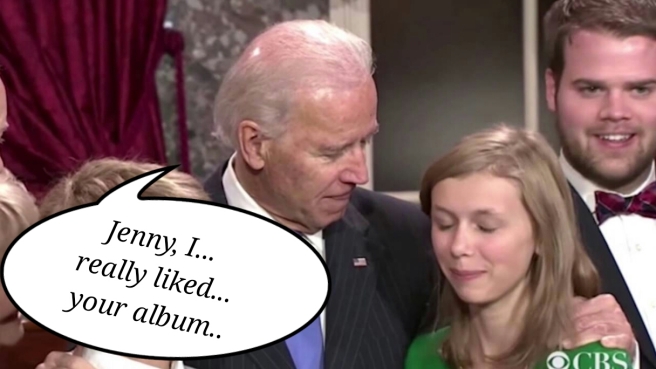 (* I mean, the ‘man I’d grown into’ was dangerously excessive chronic depression case, with only any real love for alcohol and other brain altering tools, but at least I knew that! I, of course, got married in this period, and cheated several times because I was a fucking tool, because the more you drink the more popular you become with the opposite sex. I’m not saying this is the reason you should drink, I just think it’s only fair if you know the facts)

END_OF_DOCUMENT_TOKEN_TO_BE_REPLACED

If you’re reading this, the language I tend to use would suggest that you speak English and maybe 说一点中文. You’re almost definitely British, perhaps American or European. Bizarrely enough, based on the people who read my blog, almost certainly not from Australasia. What’s up with that, Oceania? Don’t I get no love? 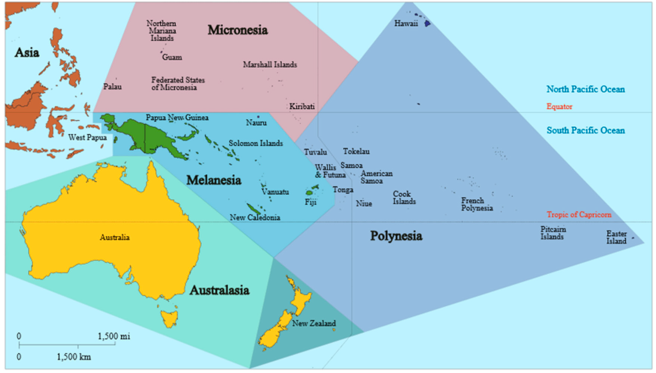 Anyway, you’re more than likely, through sheer luck of birth, to have never had to put up with much dividing and conquering yourself. This time, right now, is actually the most peaceful time in human history. Now, for the first time ever, more people die from traffic accidents (because we’re useless drivers), obesity (because we’re fat bastards) and even suicide (because, as I’ve put it so bluntly before, there really is no fucking point) than die from human violence. Back when we we all lived all 27 years of our miserable life milking a the family duck or sifting through cow shit to find bits worth eating, 15% of all human deaths came through human violence, usually because of the endless war that we were all stuck in. In the 20th century, it was just 5%, as we still had two World Wars to get out of our system Now, it’s only about 1%. Alright, we don’t want to count our chickens too early, and I’m sure the 20th century was looking pretty rosie throughout a lot of 1918, all it takes is an Austrian Archduke being murdered in Syria or the Korean Peninsula and it could be World War 3 (luckily, Austrian Archdukes are quite rarely spotted in Syria and in either Korea). But, in the West at least, it may be Happy New Year (War is Over)!

END_OF_DOCUMENT_TOKEN_TO_BE_REPLACED

Alright, I’m done with this list. Done. You hear me?? Done! Doooooooooooooone! 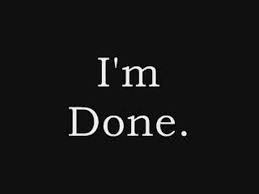 I’m still going to write it, don’t worry, it just won’t be as good as it’s been in the past or explore quite as many psychological or social issues. Necessary Evil this year has, if I’m being totally honest, a fucking chore!

END_OF_DOCUMENT_TOKEN_TO_BE_REPLACED

I’m sorry to start off on a bit of a downer here, and I know that a white person mentioning these things is always a bit of a bummer. I can hear all the white readers already: 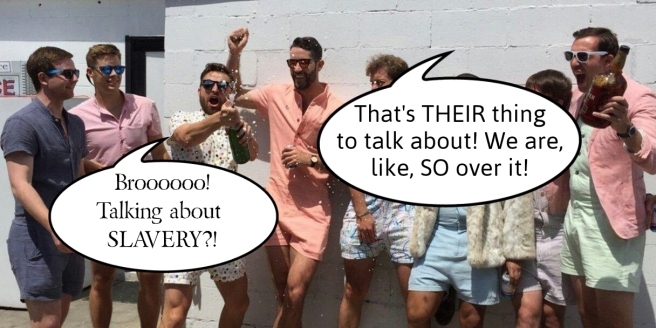