If you haven’t seen and heard Tierra Whack’s outstanding album, ‘Whack World’, then you should absolutely be ashamed of yourself. But there’s really no reason that shame needs to engulf you for long. It’s fifteen fucking minutes. Here it is:

Fucking awesome, no?? Although it’s had such an profound effect on the wider culture that now at the (kayfabe) end of 2018 people are debating whether Ms.Whack’s original album is even the definitive version. A mysterious and devilishly handsome fresh faced youngster has already released what many distinguished people are considering the superior reading of the text.

An album in Necessary Evil has never inspired that before.

‘Whack World’ is a conceptually perfect album. The writing and production is so perfect that each minute long track could quite easily have been a four minute long hip-hop smash, and yet the sixty second songs are so perfect that you’re glad not another millisecond was afforded them. Not one song feels as if it cuts off too soon. I seriously considered handing Tierra Whack the ‘W’ for 2018, and the more I thought about it the more I liked the statement ‘Whack World’ winning would make about music industry in the year when Kanye released 5 20 minute albums and Drake’s record lasted roughly 6 and a half weeks. I couldn’t quite in all faith name it the year’s best though, with the slight trail off near the album’s close meaning it would be criminal to rate it higher than the next three monsters. It’s a wonderful record though, and when I say it ‘tails off toward the album’s end’, what I technically mean is that the last 2 or three minutes aren’t quite as amazing as the rest of the album.

Prince and the New Power Generation: Diamonds and Pearls

“He likes my diamonds and my pearls/I said thank you I designed it”. It. It. Designed it. Singular. Is the talking about how she designed the way her clothing sense will impress onlookers? Is the singular ‘it’ that she designed the swag that she declares that she has provided? Whoever that sexual Catherine wheel is that released the critically adored version of ‘Whack World’ that I linked to, he stumbles over this line somewhat because he wants to say “Thank you I designed them“. I wouldn’t make that mistake, of course, I’m not so dumb that I don’t realise ‘designed them’ doesn’t rhyme with ‘provide it’. But I understand. I don’t in any way condone it. But I understand. Jesus though, I fucking love Diamonds and Pearls. It’s not one of his most admired or praised songs, probably because it’s ‘just’ an absolutely cast iron classic pop songs and no wheels are invented, but Holy Mother of God does it work! Why isn’t this a standard torch song on talent shows? 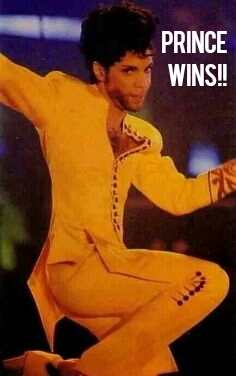