Hmmm, this album presents a bit of a problem for me in respect to me writing any sort of a coherent piece on it. I mean, sure, I haven’t really written a coherent piece yet in 386* blog posts, but this one is, like, far less likely to be coherent than most, yeah?

(*actual number, fact fans! Maybe the thousandth post is the one where I live stream my suicide? Considering it’s taken me three years to reach 384, it should take me, what, about six more to reach 1000? I’ll be in my forties by that point, and as a result almost definitely praying for death. Only if I get enough readers though. Make sure you all hit subscribe)

You know how I like to pepper my blog posts by flagging any wrestling reference I can spot, no matter how tenuous? You know who I’m possibly the only adult man on Earth who can see a song using the word ‘cry’ in it and automatically think of The Big Show?

Well, JPEGMAFIA kind of calls my bluff by specifically referencing a lot of wrestlers.

And I’m not talking low hanging fruit like occasionally mentioning how he dresses like Ric Flair or just saying his dick’s as big as Andre the Giant or some shit. Peggy* goes deep, as that Jason Jordan reference shows, mentioning wrestling tropes and figures that only true supporters of The Sport of Kings would appreciate. This isn’t the only reason why he’s one of the world’s most exciting rappers. But it’s, like, 75% of the reasons.

(*I spent far too long wondering who the ‘Peggy’ that JPEGMAFIA kept mentioning  was. Was it some King of the Hill reference? I’m the most embarrassingly white person since Brett Kavanaugh…)

This is emblematic of Peggy’s extraordinary talents as both a producer and rapper: he avoids the easy answers, rejecting any standard tropes and isn’t scared of perhaps going over the listeners head. He also has a song called I Cannot Fucking Wait Until Morrissey Dies, so he absolutely deserves a knighthood.

What are your opinions on Sasha Banks? I think she’s actually one of the greatest performers in the world, and her 2016 feud with Charlotte Flair showed what utter magic she can conjure if given the right booking. It shows how badly they’ve dropped the ball this year, especially when all they had to do is recreate the 2015 feud with Bayley in NXT that contained perhaps the most important and influential WWE match since the Attitude Era. The fact that Carmella, Nia Jaxx and (despite how much I love her) Alexa Bliss have taken turns as champion and top heel over Banks recently reflects terribly on the quality of the writing and booking, don’t you agree? What do you think?

You’ve no idea, have you?? Pathetic! I bet Peggy has a well-thought out and passionately held opinion on Sasha Banks’s current standing on the roster, and if he were here we could debate our positions like a couple of adults.

What’s also gratifying about Peggy is how he marries this entirely correct WWE* obsession with strongly (often thrillingly aggressively) held liberal beliefs. In 2018 we still believe the only people who like the fine sport of Fake Athletics and Agreed-Upon Agression are Southern Hicks who probably like to marry their Finn Balor tee-shirt with a Make America Great Again cap. Yeah, some wrestling tropes and ideas throughout history have been unashamedly sexist, racist and just plain dumb, but the biggest movie of the year is frequently a Michael Bay movie that’s all three of those things, yet when somebody claims they like films we don’t automatically assume they’re cretins.

(*although he does reference Broken rather than ‘Woken’ Matt Hardy, which betrays at least an awareness of TNA, this is as far as I can gather the only reference to an outside wrestling promotion. I’m not looking forward to ‘Veteran’s follow-up where Peggy goes all hipster and starts loving New Japan Pro Wrestling instead, filling the record with self-satisfied references to Kota Ibushi and Hiroshi Tanahashi)

I mean, we absolutely should, but that’s beside the point. We should always assume everyone is a cretin until proven otherwise.

I’ve been really pleased to see Peggy’s breakthrough record making a lot of end of year lists that I’ve seen. Takes the pressure off me. Go and read those pieces if you want to know exactly how good he is. You want the wrestling references? You’ve come to the right place. 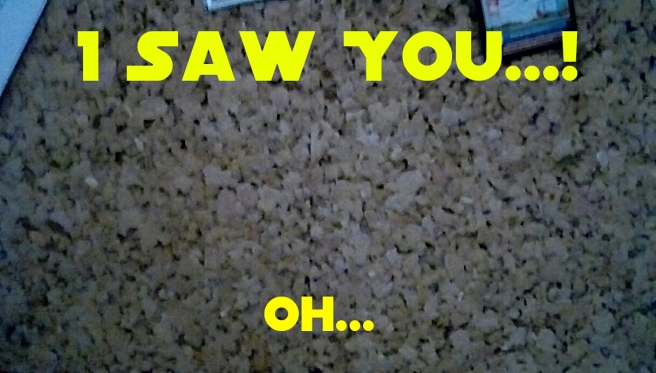 Yeah, I actually had tickets to see Peggy at The Pink Room in Manchester in November. Unfortunately, the morning of the gig I had an interview for a job that I really wanted and that would have taken me over the essential (for reasons I’ll explain at number 39) £18’600 a year. It went terribly. One of the downsides of not drinking is that you lose the ability to drown sorrows, and are often forced to simply bathe with all of your anguish until you seriously consider drowning yourself. So I instead decided to get ridiculously high, maybe fumigating my sorrows instead. In retrospect, I should have ensured that I knew where The sodding Pink Room was before tripping balls, as I was soon completely lost around the University of Manchester. After about an hour wandering around aimlessly, I realised that I’d lost my ticket. Still, Peggy got the money, and I don’t doubt he deserves it.