The cracks first started to appear in the marriage to my fourth wife, Fedlimid-Harper, rather early on. On the honeymoon, in fact. I was kind enough to pay for two whole nights in the Scarborough Ainsley Court guest house, allowing her use of the bathroom between the hours of three and four in the morning and stating that- although I couldn’t allow her free use of the WiFi for fear of her getting radicalised and/or aroused- she would be allowed to ask me seven questions over the course of the trip which I would happily Google for her

Since you wondered, the questions she asked were:

‘How fast can a otter swim?’

‘Who did that song that goes day-um-wom-bom-ba-way?’ 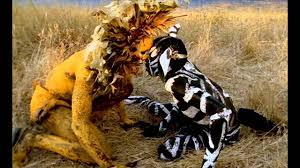 ‘Who is Denise Richards?’ 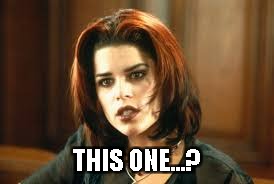 ‘Why are you doing this to me?’

The fact that she only asked five questions out of a permitted seven, including one question she later tearfully insisted wasn’t meant for Google, should have been an early warning that she wasn’t right

It was on that first morning when I became aware of her morning ritual, where she would get up out of her bed on the floor at some ungodly hour- sometimes as early as nine in the morning, which I previously didn’t believe existed- and start throwing cutlery around the room while irregularly smashing the kettle against the wall. After about an hour it became clear that she was doing it intentionally, and it wasn’t just one of those weird things that ditzy girls ocassionally do, like having a period or taking a shower, so I asked what the ballyhoo was. She said she believed that through abrasive and chaotic noise could sometimes come great beauty, and was going to make it her life’s goal to find this magical cacophony.

Before I could answer though, some Muslim guy burst through the door and kidnapped her without leaving any traces of his existence. I never saw Fedlimid-Harper again, and though I am saddened by her disappearance I have also accepted it and moved on so the police should really stop investigating it

Perhaps she had a point though, as The Koosh’s extraordinarily accomplished debut album proves that sometimes absolute beauty can be mined from obnoxiously discordant sounds. ‘I AKA’ utilises crunches and clangs and skreeeeeeeeeks and waaaaaaaaaaaaaaaaaargs and b-b-b-b-b-bruuuuuuups that individually would sound as pleasant as a dentist drilling into James Blunt’s open mouth as he chews food while scratching his nails on a blackboard, but The Koosh manages to expertly meld them together and bounce them off each other to create music that is frequently uncommonly stirring. Electronic music so rarely flaunts its potential to transform the most unlikely sounds into legitimate beauty

is because it is when The Koosh reveals his trick and his signature, and ‘I AKA’ never really sounds quite as good again, and over the course of the album can get perhaps a little too much, though in pieces it’s a marvel

Adventures in sonics always gets you

Listing all of the image credits is taking far too much time, so I’m going to stop bothering while roughly 3.4 people will ever read this list. I will however link to the artists’ Bandcamp (or whatever) page so you can buy their brilliant music