What’s your favourite female personality? By my count, you’ve got a choice between two of them.

We should all be extremely proud of ourselves as a society for getting to this many. Aren’t we amazing? There’s really no need for you to do anything worthwhile, you live in a society that’s been extremely kind to certain groups of people. No, don’t give any money to charity (you actually once read that article that said that giving money to charity was somehow absolutely the worst thing you could possibly do. You can’t remember the exact reasoning, something to do with Bono having glaucoma, but it was very convincing) just by existing in a wonderful society that gives people things you’ve already donated the most precious gift of all. Anyway. isn’t paying tax kind of like giving to charity? You did plenty of that in your early 20s before Uncle Ted told you about equity swaps. Just lie back and feel rightfully smug at all the amazing things society is doing that you’re not loudly objecting to most days. Did you hear that black people were allowed to dance in Oklahoma now? You did that! Or at least, you didn’t stop it!

For a large period of human history, there was only one female personality- the person who stayed at home and got shit done. I mean, there might have had individual personalities, but it was impossible to tell because you never saw them. Women speaking was actually outlawed between 1356 and 1812 under the ‘Garrulous Harlots!!’ act, and even after that was rescinded many fathers still refused to allow their daughters to learn to speak. As Charles Darwin stated in The Expression of the Emotions in Man and Animals (1872): “It is to me inconceivable why an evolved primate, being of sound mind and body, would acquiesce to his feminine progeny to acquire the understanding required to communicate vocally, when one is acutely aware that the little slags will just talk bare diddly about ponies and makeup and ting, yeah? #ChatShitGetBanged”. Women were so disregarded in these days that men often even forgot they were married as they hadn’t heard from their wife in so long. Alexander Pope was married four times because he simply forgot the first three. Tragically, he left his second wife, Charlotte Ping-Patchio, in the backseat of his horse drawn carriage without leaving the window open and she died after he simply forgot he’d taken her to the shops and wandered off. Luckily, killing women wasn’t illegal until 1968, but nevertheless Alexander Pope admitted to feeling “Occasionally dispirited” about the incident when asked many years later, and mentioned it in his 1741 poem ‘Windows Were Actually Invented in the 17th Century, So Don’t @ Me With Your Plot Holes‘.

In the later half of the twentieth century, the silenced housewife of course still remained (things still needed to Get Done) but a second female personality choice also emerged- the sexy character! There was never anything much to this character, it was simply an option of wearing slightly more provocative clothing and existing as something to be seen and not heard (as oppose to the other option of being not seen and not heard). The sexy character eventually became the only choice that women had . Or rather, the only choice they had was to decide whether to lean into their sexiness intentionally or just to have a male dominated society insist that their sexiness was their only worthwhile trait. You might have some say in what exact fetish your sexiness would be framed through. You could go through seven years of medical school and incur a fortune in debt to become a sexy dentist, for example. If you’re not judged to be sexy (or at the very, very least ‘cute’) then nananananannananana can’t hear you nanaanananananananananana you don’t exist nanananananananaa…

In the 21st century we never lost the sexy character 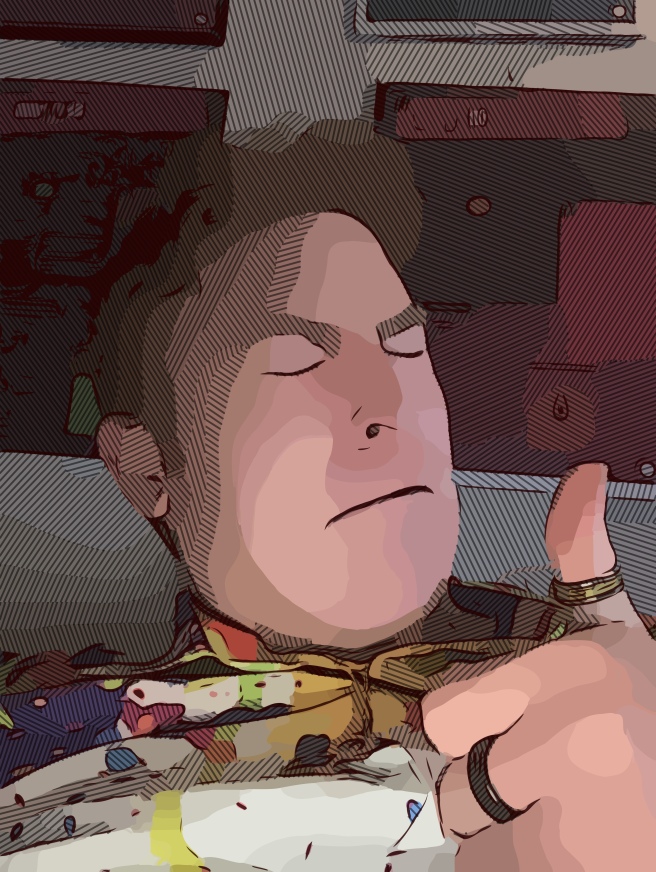 but after the “Very tits and beer” (Alistair Home) 1990s we sighed and told the Feminazis (who campaigned to have a fair society based on equality. Just like the Nazis) that fine, you maybe don’t just exist as walking donations to every man’s wank bank, we’ll give you a second archetype to work towards, one that recognises women as generally quite worthwhile and makes us all feel like sexism is officially dead.

And so the Inspirational Woman was born! The Inspirational Woman works hard to make a name for herself! Maybe a little harder because of the structural racism that’s totally in the past now! Look at this business I own! Look at all these expensive things that I bought with my own money! Look at this hideous example of neoliberal propaganda about pulling yourself up by your own bootstraps! I’m a self made woman, so what the fuck is wrong with you! If you’re not bossing it like me, it’s not because of structural issues that ensure nobody from your background, male or female, will ever be rich! It’s because you didn’t work hard enough! Also, all of us Inspirational Women are still really hot, so, yeah, you’ve still got that to deal with! You ugly cow!

This was, of course, absolutely fucking bullshit.

I’m a man. Think of all the archetypes that I have to work toward. Sure, I can be sexy (and I am), but that sexy character can have depth and moral ambiguities and reasons for doing things. I can even be ugly! Because it doesn’t matter! I’ll even get a hot wife, because media has promised me that would happen and convinced my wife into believing that because she’s a woman she should love ‘what’s on the inside’ and anyway real men are ugly and have low standards of personal hygiene- this is as good as it gets! What, you want your boyfriend to be a gayer? Quiet down and help me find this Dorito that I dropped into the folds in my belly. I can be a cool good guy with varying levels of a dark side (which you are obligated to forgive me for because I’m sometimes nice), or I can be several shades of cool bad guys, with almost no redeeming factors (but you have to forgive and love me, because you know I’ve got a good heart and you see something in me that nobody else does). If you’re a woman, you don’t have these depths, so if you do something ‘bad’ then it’s because you’re an evil she devil and must be punished. You can be sexy or inspirational (but hopefully still a bit sexy) but you always have to be perfect. Or at least have your flaws and imperfections act as some parable for other women to follow.

Tove Lo and Sir Babygirl present two equally wonderful but very different alternatives to this suffocating acceptance of the non male experience. Now, there’s the first problem, notice how I’ve had to sale ‘non male’ all of a sudden? Sir Babygirl is a non binary gender* and so I’m probably being offensive lumping him in with Ms. Lo to a level a fat ugly guy who was born in the 80s simply can’t comprehend. Because my main point in this argument is centred around the perception of women, I think I’m alright, as despite her actual gender I imagine he is still perceived as a woman by many people, and so would be subject to the same stereotypes and reduced expectations experienced by Tove Lo.

(*”My pronouns r she/him:) I’m fine with they too but I feel most seen when ppl oscillate bw the two:)” I’ll try, dear Sir, my very best)

Tove Lo and Babygirl aren’t perfect. And I don’t mean like that irritating ‘Love me, love my flaws’, ‘If you can’t handle me at my worse then blah blah blah blah entitled fucking pricks, Marilyn Monroe never said this you know?’, ‘My flaws make me beautiful’ horrendous onanistic propaganda. They’re actually absolute messes. Drink, drugs, self-hatred, pointless sex and empty parties. Y’know, the stuff that every male rockstar in the world has sung about on repeat since forever? But when a non male person describes the same they’re being a bad role model, because men are smart enough to make their own decisions. Are they not concerned with being Strong Female Characters??

Tove Lo has been fighting this fight for a comparative age, her first hit back in 2014 started with the confession that she would ‘Eat my dinner in the bathtub’ (‘Then I go to sex clubs/Watching freaky people get it on’) and a chorus that sadly declared that she ‘Gotta stay high/All the time/To keep you off my mind’. This stark, corrosive warts and all examination of a young woman’s life with everyday anxieties and self-hatred that she masks with almost dangerous levels of narcotic consumption has become her stock and trade, and ‘Sunshine Kitty’ is probably her greatest record yet. Her previous album, ‘Blue Lips‘ might have occasionally gone to interesting places lyrically, but musically it sounded like she was out of ideas and, most tellingly, almost completely out of bangers, but ‘SK’ is just hit after slap after zinger after banger. It makes me wish she keeps psychologically and chemically destroying herself for or entertainment for a good while yet.

Sir Babygirl’s debut comes at the same ideas but in a very different tone. Sonically, the album is simply the most enjoyable 26 minutes you’re likely to find in 2019. Her sound is furiously grinding its teeth as it manically tries to convince the only other party guests still awake that of course there’d be bars open at 6am. His sound is pissing itself laughing sat on its sofa, alone in its underwear, baffled as to why more people don’t play Mario Kart on LSD. Her sound just got so fucking convinced after the latest line it took that its best friend has the hots for her girlfriend that its just left a voicemail on their husband’s phone to inform him of this and calling them a dirty slut and actually was that a good idea I’m not sure better have another line and woooooooooooyars, so glad I told him about that fucking Bitch, I’m fucking amaaaaaaaaaaaaaaaziiiiiiiiiiiiiing!!! The album captures amazingly that rush you get when you’re really caning it on a weekday, and you know you’ve got work tomorrow, and you know you’re 26 days sober, and you know you’re hitting on your best friends boyfriend, and you know that your flatmate will smell the vomit in their wardrobe eventually, and you know that day’s paycheck has already gone up your nose, and you just know that all of this is a really bad idea!! But you don’t care! It feels so fucking good! These are all tomorrow problems! You can’t wait to lose all your friends in one night*! Yeah, I know, it’s a cliche, but Tove Lo is the sound of the morning after, when the overconsumption that was triggered by your self-hatred just makes you hate yourself even more and necessitates more overconsumption soon. Sir Babygirl is the very sound of that overconsumption, but it’s not masking self-hatred and depression, it’s always completely aware that it’s only just pushing these things to one side and fucking enjoying it. Because even if drink and drugs are only fun because they push away your insecurities, they still push away your insecurities! That’s awesome! My whole life between the ages of 19 and 29 was just manic flits between ‘Sunshine Kitty’ and ‘Crush On Me’. And it’s telling that ‘Sunshine Kitty’ is a significantly longer record.

(*if you can’t relate to that, then… then… then you probably don’t have a drug or alcohol problem. Man, I miss my 20s…)

Soulmate by Lizzo… thank u, next… Crush On Me… Lot of artists on this list just fancy themselves rotten, don’t they?