“It get lonely at the top and I do it by myself
I got everything I want without anybody help
Do you think I give a fuck? Only care about myself
I’m a stone-cold killer, couple notches on my belt”

How much do you think your life is governed by your own actions? How much do you believe it’s actually under the jurisdiction of outside forces that are not of your making, or even understanding? That’s right, it’s Boxing Day and, as Thomas scoffed at Jesus as he sceptically rolled his eyes, it’s time to talk about your locus of control. 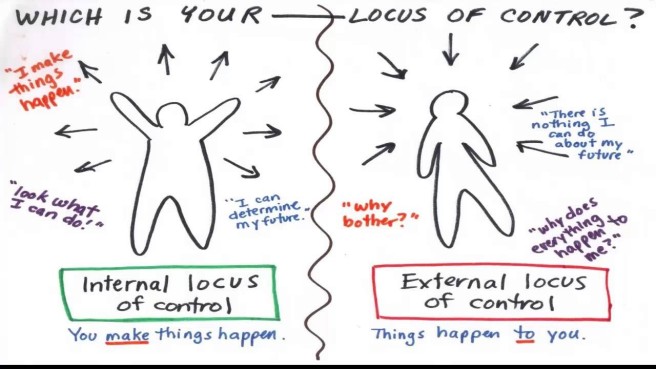 See that picture there? Yeah, that pretty much explains what a ‘locus of control’ is. I’m going to explain it again here though because, I dunno, you might have a very specific type of blindness, or maybe your version of Netscape doesn’t support pictures. It’s important for me to explain it myself, because I don’t like to feel that a blog this insightful, inspirational and- dare I say it?- woke, could just as easily be written by pasting appropriate pictures from Google images. Also, my sponsor pays me by the word, so this completely superfluous paragraph has already made me a very rich man. Anyway, locus of control:

Your locus of control measures to what extent you believe you manage the outcome of events in your life. If your locus of control is strongly internalised, then you believe anything good or bad that arises is completely dictated by your own actions. Like yesterday, when your boyfriend bought you a bucket of decaying fish heads for Christmas, it was really your responsibility to inform him in no uncertain terms that you would not consider acceptable as a present. You ruined Christmas, Kerry, you did! However, if you have a strongly externalised locus of control, then you doubt whether you have any say in what transpires in your life, and will always blame eternal factors/ What was Ryan thinking? A bucket of fucking fish heads? He ruined Christmas! Fuck you, Ryan! You’ve got a pictograph, you’ve got a written explanation, you’d have to be pretty dense to still not understand what ‘locus of control’ is. What is has to do with locusts is, sadly, lost to time. Perhaps locusts have been scientifically proven to have a greater sense of the unseen forces governing their life than any other animal. I don’t know, this isn’t a science blog, I’m just asking the questions.

I think my locus of control switches its needle like it was furiously searching for Pirate Cat Radio. No! I’ve got a better one! My locus of control switches its needle like it was an especially health conscious heroin addict. Recently, the good things that have happened to me I consider to have been mostly out of my control. I started volunteering at Manchester Refugee Support Network because the careers adviser at Citizens Advice heard of my interest in immigration and revealed its existence to me. I became an OISC registered Immigration Adviser because someone at Greater Manchester Immigration Aid Unit noticed how my lack of friends and life away from the office meant I was there quite a lot, and so put me forward for the exam last January. I wouldn’t have been able to pass that exam if it wasn’t for the exam preparation sessions that GMIAU kindly arranged. Even smaller positive things like my Playstation 4 wouldn’t have been purchased were it not for the motivation/pressure of a friend, and I think I’m only really into wrestling because at least one friend is. All the good in my life is made possible through the support and kindness of those close to me.

Conversely, I believe the bad things that happen to me- the missed chances, the failed exams, the botched job interviews, the lack of fanny- are far more of my own doing. This might sound extremely negative, but I believe that claiming control of these mishaps and gaffes might ensure I learn from them and improve as a person (self-improvement being one of my primary concerns). Yeah, it makes me hate myself a little more than might be necessary, but it’s a hatred I at least have control over.

Since you were wondering, in the case of sex 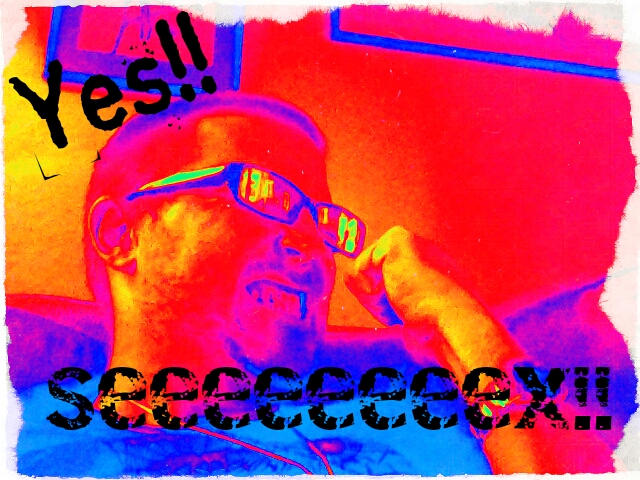 I believe I’ve decided to externalise my locus of control by stopping drinking. When I drank, I internalised my locus of control slightly more every glass of liquid inhibition lightener. I would go out to pubs, bars and clubs with the sole intention of… OK, with the main intention of getting ridiculously intoxicated, but with the secondary intention of getting a my willy experienced by (usually) a woman. I was unbelievably successful too, which nobody now believes now, because I was actually not a terrible looking guy at one point, and you’d be amazed at how many women will quite happily consent to sex when the alternative is nothing. Yeah, pretty grim, but that was sex in the early 21st century: grim! Now I don’t drink, so I’m rarely at places where people might be open to a sexual encounter. If I was, it would be because I went there with the sole intention of shagging! Have you any idea how creepy that is if you’re sober?? I hate using dating apps, for reasons I have outlined before, so I’ve essentially removed my control from the Business of Getting Busy. My sexual locus is strongly external right now, and I aim to judge each overture on its own merits. This isn’t a bad thing, and I have long stopped considering sex as an entirely positive force in my life, because…

(I was this far inton the post when I first realised I’d forgotten to write one for Denzel Curry at no.26. That will probably end up being my most viewed post)

I freaking love Princess Nokia. I’d never been that aware of her before, but as soon as I saw one of 2018’s best album covers, with Destiny Frasqueri nonchalantly flipping the bird while wearing a Slipknot hoodie, I was smitten. The fact that the music’s fantastic is almost merely a bonus. It is though. It’s fucking amazing. Princess Nokia is now officially One of My Favourite Things.

She’s also a brilliant example of the pros and cons of a powerfully internalised locus of control. As the quote at the top of this post from album highlight At the Top shows, an internal locus of control can lead to amazing self-belief, and will see you bask in the credits of all of your achievements. The thing is, I doubt Princess Nokia did it completely by herself, if she looked back at her career she would surely notice someone who had offered her help and support, at least one person whom without their inspiration she wouldn’t have been able to get to where she is today. Perhaps it was her mother who… died of AIDS when she was ten years old… OK, OK, scrap that, perhaps she was heavily influenced by her foster parents, who… physically abused her… Fucking hell, Destiny…

Alright, fine, let’s make it extremely basic: she wouldn’t be able to make a living as a quasi-rapper, no matter how extraordinary her talents, if it wasn’t for the support of her fans. Yeah, that’s right, people like me! I made you, Princess Nokia!! No need to make a big deal out of my importance to your success though, I’m not that big headed, just a shout out on the next album would be nice. Bit of respect, you know? Watching Mitski live this year was an exhilarating experience- which I might talk more about later!- and at the end of it Mitski thanked the crowd for literally- literally!- making her dreams come true. As if it weren’t for her fans paying money to see her live and to buy her records she wouldn’t be able to live her dreams. To decide that you did everything by yourself is a little like the multimillionaire business owner refusing to pay taxes because he or she doesn’t see the responsibility of giving back to the people, despite all their money coming directly from these people and their business’s welfare being reliant on these people’s contributions.

Such an internalised locus, and the belief that you have complete control over where you are in life, also means that’s whenever things are going badly ‘everything’s my fault‘. You don’t believe that luck, trends, circumstance pay any part in your success, or lack of it. So if you’re Princess Nokia, who absolutely has the talent, dedication, and sheer star power to be one of the biggest stars in the world, you might believe that the fact you’re not is down to some fault on your part. Perhaps Nokia believes it’s her refusal to do everything to ensure success (“I ain’t suckin’ dick for no play, must be out your mind/Gettin’ on my knees, tryna please, must be suicide”). That would at least explain the continued success of Ed Sheeren.

Of course, neither me or Princess Nokia has the correct viewpoint. You absolutely have to believe in your own agency, and the power that you have to affect change. But you also need to accept how much we need other people’s help to succeed, and how much of this wonderful, loopy world is actually based on dumb luck