A Decent Amount of Things Now 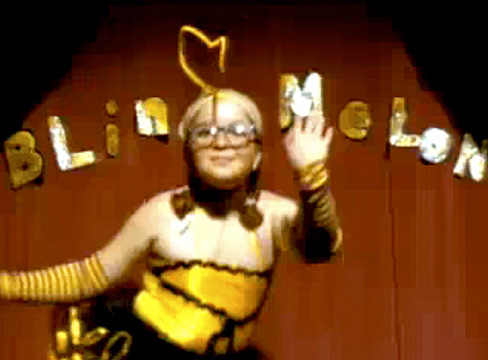 “God make me famous/If you can’t, just make it painless”

When I was younger- and older. And recently. And presently. And probably tomorrow, because changing one’s opinion is one of the hardest thing for a person to do, despite my pontification on the previous entry– I never used to understand why famous people committed suicide.

I mean, I would consider suicide on a near daily basis sometimes, and often attempted it*, but of course I would: I was a useless and completely inadequate human being that nobody loved. But these people, these people were stars! Everybody loved them! Even if you were as ugly or as ginger as I was, if you were a freakin’ celebrity girls will throw your wet knickers at you and tattoo your name on their vaginal lips with a rusty nail and a broken biro**.

To this day, I have always assumed that fame would solve all my mental problems. I imagine having 500’000 Twitter followers (I’m a realistic fantasist, I’m always aware that I’ll likely be a niche interest: less Justin Bieber and more the guy who played bass guitar in Blind Melon***), and every time I started to feel those distant vibrations of worthlessness that quietly announce the oncoming wave of my depression I could just bash out a Tweet subtly pleading for their authentication (“OMG! There are SO many flavours of green tea these days!! #Rainbow #GreenLiving #AcceptMe”) and then lie back be soothed by the inevitable likes and retweets. I would never be lonely, I would always have confirmation. Women would always want to have sex with me****. Yesterday the rapper Future

‘. That got nearly 4’000 retweets and more than ten thousand likes!! Imagine the self-belief that such devotion on tap that celebrity would provide! How the fuck would depression even exist for these people?!

Except… I always forget that it doesn’t work like that…

I’m not one to blow my own trumpet*****, but I’ve always been deeply loved by at least some people, and liked extremely affectionately by a rather large amount. In my first year of university, I had so many close friends that I honestly couldn’t handle the constant phone calls and so many people developing close emotional bonds with me that I just started cutting people off with no explanation. Not one to boast, but I was a massive cunt. I’ve even been freakin’ married, six times in kayfabe and once IRL (Industry Relationship Legal).

But when the depression takes hold, you realise the truth: these people don’t really love you, they only love the completely false image of you that they’ve built in their foolish mind. Whatever it is about you that they love doesn’t actually exist! Fuck! I have no idea what I’m supposed to do to make that love continue! What actor am I supposed to be playing in this ridiculous play! Or they just say that they love you in order to be polite, and to avoid any conflict. It just suits the current situation for them to claim to love you. We are in Britain, after all.

Imagine that thought process in a world where you Tweeting “Can you fit your little finger in a cat’s anus lol? #Bored #HelloKitty” garners 12’543 responses. Why don’t more celebrities commit suicide??

‘Everything Now’ (758 words in, if you’re counting) is comfortably Arcade Fire’s weakest album, which means it’s only brilliant with a small ‘b’ and not in any serious conversation about (kayfabe) this year’s best. The highs are Snowdonian, and by the fourth track you’re wondering if they’ve crafted another classic. However, the clunker Chemistry  swerves the record off the road though and crashes it so badly into a ditch that the record struggles to recover from. The band’s makeover as a cheesy tradrock pastiche is only ocassionally successful, but ‘Everything Now’ is far from a shark hurdling moment, and their next record in three years time should still be highly anticipated

Seriously though, have you ever considered buying green tea recently? There are loads of them!

Fuck, he’s much younger than I thought, he would have gone to my school at the same time as me!! Y’know, if he were born within Londendale High School’s catchment area…

I really like it: minimilistic, stylish, and well suited to Arcade Fire’s aim of taking a Vegas band into dark and lonely places

The first track’s the title track, the second track is the lead single (which is, erm, also a title track): this is how albums should be organised

https://www.everythingnow.com/ (that site is such fucking nonsense. I approve)

*My Official Record is probably just two, but there are also a handful of half-hearted and not fully realised attempts that the records don’t officially recognise, like when The Rockers won the WWF tag team titles in 1990, but the ring ropes broke so they decided to not run the match on television and never acknowledged the win. Wrestling’s fucking brilliant

***Brad Smith, as you know. He currently has 743 followers! I think I may vastly overestimate the fame of early 90s alternative bands. Youse are fucking idiots! He played on No Rain for fuck’s sake!! Seriously, go and listen to that album now, seriously undervalued

****A weird subset of my depression is that I really need to know that multiple women want to have sex with me. Or is that just being a Man?

*****When I was younger and in far better shape, I could actually perform self-fellatio. I don’t care if you don’t believe me, I don’t care that it can never be proven, I fucking could.

I listened to Blind Melon’s album again. Not as good as I remember

5 thoughts on “37 Arcade Fire: Everything Now”