‘On Necessary Evil, every platitude leads to an obscurantist pretension and back again’

Yes, the countdown finally gets back to starting on December 1st in a vain attempt to capture the relevance it once had way back in 2015 (remember my review of Drenge’s ‘Undertow’? Special times, we’ll never have that type of magic again). And- fuck me!- the main consideration this year in to finish the thing before I go to bed early on New Year’s Eve, cryong over the fact I have no friends. So this year’s list won’t have as many 6000 word philosophical ruminations on the human condition as loyal readers of this blog might have come accustomed to. Also, in the name of brevity I have tried my hardest to condense 2018 into the 15 essential records that deserve whatever little attention this blog affords.

It’s been another great year for music, with some NE mainstays delivering their greatest album yet out of nowhere, some old favourites releasing puzzlingly unsatisfactory records, and many artists jumping immediately to My New Favourite Thing status.

I’m still not sure if there were any amazing records released in 2018. All of the best albums of the year have at least one glaring flaw, and despite their being a perhaps record number of Extremely Good albums with four stars spilling out of their anuses, I’m not sure any 2018 album will in the future be regarded as a classic. Because of this, I’ve never struggled so much over which record should be number one, and there’s a very good chance I’ll change my mind about it in the 3’185 days it takes me to write this bastard list. This is also the first list in a long time that I’ve written with no idea what the critical consensus is leaning toward, so I don’t think I’d be exaggerating were I to call Necessary Evil the purest and- dare I say it?- most woke albums of the year list on the internet.

If you’ve read NE before you’ll know what to expect- it’ll start off a bit scrappy and ill-defined, hit its peak around half way through with some legitimately brilliant posts, then descend badly into nonsense as the writer just begs for it to end. We’re gonna have a good time!

Also, because I’m really aiming to wrap this up in appropriate time, I’m afraid I won’t be filling my reviews with dumb, nonsensical wrestling references that literally nobody reading this is going to get. 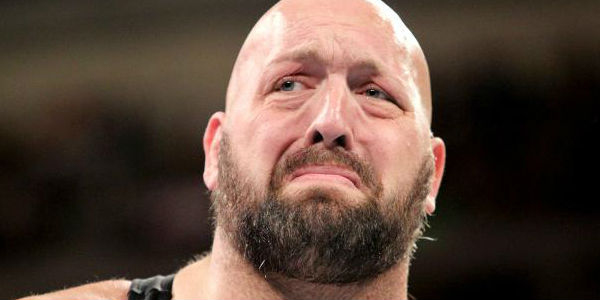 Only joking, I’m probably going to do more than ever– wait until we get to JPEGMAFIA’s album!! Oh, erm, spoiler, i guess…