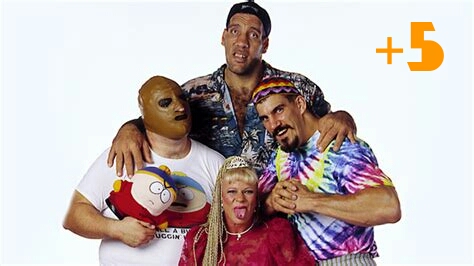 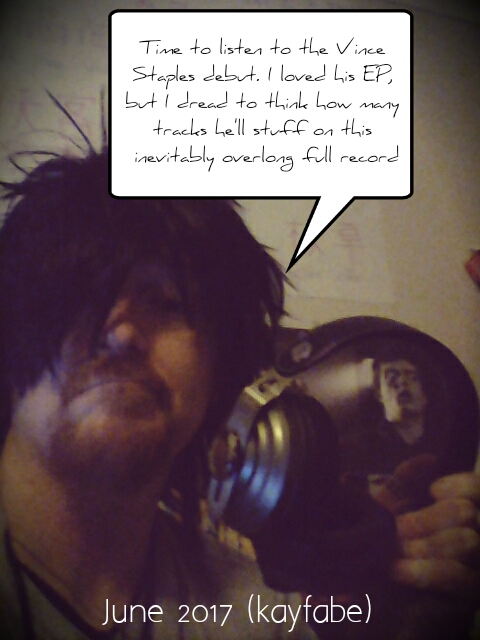 The first time I heard Vincent’s ‘Prima Donna’ EP, I fell immediately in love with him. He was so different to any other hip hop I was hearing at the time- to any other music. He combined openly depressed and self-loathing emo rap- a skill at which he was near untouchably talented- with aggressive and strangely unnerving lo-fi techno backing. I decided on first listen that Vince Staples would soon become my favourite artist, that he was exactly what I needed in my life

A strange thing then happened: I didn’t quite love ‘Prima Donna’ to the same degree the second time I listened to it, and then not quite as much again the third time. And the fourth. And the fifth…

Regardless, I couldn’t wait to hear his debut album proper, and for him to smooth over whatever it was that was putting me ever so slightly off his debut EP, whatever it was that I couldn’t put my finger on that was preventing me from falling for him fully. Long before I heard the album, way before I started writing this list,  I assumed that ‘Big Fish Theory’ would land somewhere very close to the top of the pile.

Whatever it is, it’s still there! Whatever it is that’s preventing Vince Staple going- in the words of Steve Austin- ‘all the way over’ with me is still stopping me from letting him 100% into my life.

It’s that other 10% though. The 10% where Staples decides that he’s actually not that different to other rappers. He may spend 90% intelligently debating race relations and contemplating suicide, but he still feels the need to sprinkle in 10% of dick sucking and pussy fucking and money licking and dragonballing (what is it that rappers do?). I’m always feeling that Staples is just that little bit too anxious to fully differentiate himself from his peers.

My favourite track by far is the Alyssa Interlude, where Vince himself is almost entirely absent, but he manages to craft a gorgeous track around the monologue by holy shit it’s Amy Winehouse I only just found that out!! 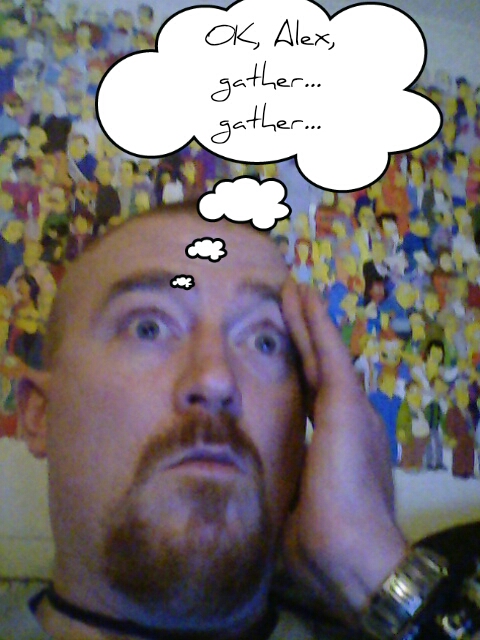 He crafts a gorgeous track around an Amy Winehouse monologue (holy shit, I love this song even more now I know that: it’s getting bumped up to ‘AMAZING’ stature) and proves how amazing Staplesd can be as an electronica artist, and makes me think he might benefit from giving his rapping, brilliant as it is, a slightly less prominent role in future

This is, of course, completely unfair: I’m chastising Vince for not living up to standards that I have only set myself. For the time being he is ‘just’ an absolutely amazing artist, but I still feel he’s capable of making something truly extraordinary in the future 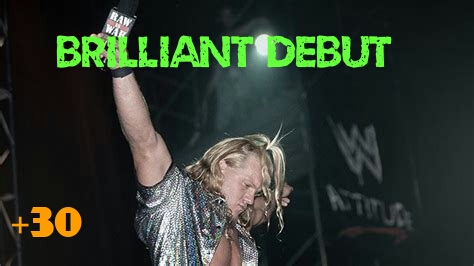 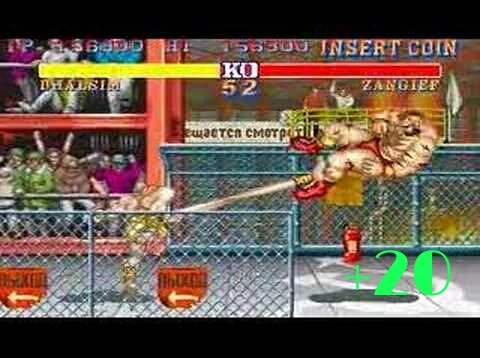 It’s in, like, a really small pond. Do you get it