The Teens are Revolting

It’s for this reason that Donald Trump

is probably the most revolutionary American President in generations.

Barack Obama certainly wasn’t revolutionary: he was a notable and genuinely inspiring representation of the progress made in perhaps considering the possibilities of equal opportunities in the country (and by extension the western world) but aside from the colour of his skin his rise to power (best at school – notable stint at very high paid but extremely dull job – moves into politics – doesn’t do anything horrendously embarrassing for about a decade – gets good at public speaking – becomes president) and pretty much the entirety of his term in office was generally a cut and paste job from near enough every democratic president in history (Republicans are nearly exactly the same, except they claim their family owned a farm, wear cowboy hats on distinctly more occasions, and actually talk about guns rather than change the subject in fear of losing votes). He was smart, he said the right things, he wore the right suits, he never slagged off Will.I.Am on Twitter for declining record sales after he stopped working with him. Hopefully Obama’s time in office will encourage far more non-white feasible presidential candidates in the future, but right now the most revolutionary thing to come out of his presidency may be the future popularity of drone strikes.

Donald frickin’ Trump is a true revolutionary though. I mean, not in the modern sense of the word, meaning someone that looks really cool smoking a cigar on a dorm room poster above some vague and meaningless quote that he never said,

but in the actual literal meaning which is…

Trump didn’t just change the game in the way Bill Clinton did by canvassing cross party support, or in the way Reagan did by making laughably exuberant patriotism and flamboyant support for the troops a prerequisite for even looking at the word ‘president’ written down*, or like Thatcher did by realising that you’re actually mathematically safe brutally fucking over 49% of the country as long as you keep the other 51% on your side: Trump changed the game by literally fucking up each and every single thing a presidential nominee is supposed to do, laughably failing to tick each and every perceived box that were previously thought as essential presidential requirements. In fact, he didn’t just fail to tick the boxes, he smeared the entire ballot slip in his own faeces,  scrawled an offensive joke about disabled Mexican women on the walls, and then later questioned whether the very nature of reality meant that anything he did actually happened. And anyway, what about Bill Clinton raping people?

And still people thought ‘fuck it: I’m so sick of this shit I’m going to vote for near guaranteed annihilation’.

It was an indisputable revolution

(Unfortunately, I always kind of hoped I’d be on the side of the revolutionaries: it’s fucking terrifying on this side of the barricade)

Lil Yachty: Running With the Ghost VS Tegan and Sara: Walking With a Ghost

The stone cold masterpiece Walking With a Ghost is one of the reasons I get so pithy and offended by T&S’s recent decision to accept a career of bland electro pop that would often be cut from the latest Katy Perry record. It’s an absolute masterclass in slightly bizarre and disarming ‘indie pop’ that I don’t believe any contemporary artist can match. Running With the Ghost is one of the less obnoxious tracks from ‘Teenage Emotion’, and kinda samples the T&S classic (but probably not enough to pay loyalties), but it had next to no chance of standing up to the Canadian behemoths at their peak

However, Running With the Ghost does contain the following lyric, so…

The wider reaction to Trump’s disregard for the history of his office, however, has been relatively muted and rather politely deliberated over when compared to the fire and fury that’s been rained down upon Lil Yachty. A young, impeccably dressed, highly stylised, relentlessly autotuned rapper who more prefers to craft his brand of hip-hop around unashamedly poppy melodies and 8 bit video game samples rather  than dirty beats ripped from a Orchestre Poly-Rhythmo deep cut dug out some backstreet Brooylyn Vinyl Exchange. He sees no reason to pay any sort of respects to the accepted ‘elder statesmen’ of hip-hop: not only is he too young to have experience even the medium range aftershocks of legends like KRS-One, Eric B & Rakim, Public Enemy, A Tribe Called Quest, De La Soul etc, but he wasn’t even born when Will Smith was number one with Men in Black. He’s come to trash what’s come before, rip it all up and start again, spit in the face of accepted norms. On top of all this, he’s also despised for having a far cheerier disposition than anyone intent on tearing down the old guard should.

He is the closest thing rap has had to a proper punk movement. Even when Gangsta Rap was intensifying the glowering social commentary and turning their focus toward far darker territories and a bracing mix of anarchy and nihilism, they  were always careful to pay their dues to their genre’s history and the past radicals who had laid the groundwork. Lil Yachty doesn’t care about that, he has no desire to pay continuing lip service to the game’s originators, or even to place himself within any wider hip hop community: he wants to be a voice for the youth, no matter their race, cultural background or even sexual orientation. This, he believes, is what a hip hop artist should be aiming for in (kayfabe) 2017 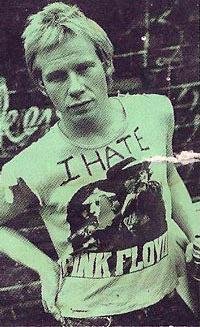 His music is also, I have to say, frequently fucking unlistenable. I decided not to include (kayfabe) last year’s ‘Lil Boat’ mixtape on the list because nothing on the surrounding record was anywhere close to matching up to the majesty of Minnesota (scientifically the 6th best song of last year). I grew to adore Minnesota so much that I promised myself Mr Yachty would get far more attention this year (especially also considering his work on the 23rd best song).

If anything, his debut album full pales even more starkly in comparison to his one masterpiece

But that’s how it should be! I’m a fat, (cough) 29 year old grump who- however much I try to renounce it- subconsciously just wants to listen to music that reminds me of the sort that made me feel good when I was in my early teens and didn’t find thoughts of the future neither frightening nor depressing. A time before Lil Yachty was freakin’ born!!

He’s ridiculous, he’s corny, his lyrics are frequently awful and his beats weaker than festival Carling, he seems to be treating nothing with even the smallest iota of seriousness, and far too often his songs are certifiable stinkers.

He might be the most important artist of his generation. 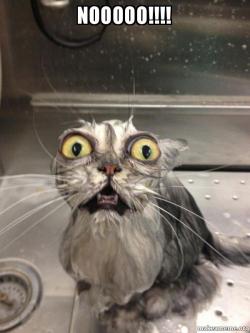 I took the effort of cleaning the irritating flotsam from Lil Yachty’s debut to produce a >40 minute mini-masterpiece. You still get all the gonzo pop highs, many of the moments of perverted oddness that bizarrely make up such a large part of Yachty’s charm, a couple of the extremely entertaining freestyles, and enough examples of all of the myriad crazy facets that make Yachty such a compelling figure. Like a Star is not a great song, but works so well as an introduction that it remains (otherwise, how would the listener know how Yachty ‘had sex with six different whores at the same time on their grandma’s back porch’?).’Teenage Self Control’ is ten times the album ‘Teenage Emotions’ is. I’d be quite happy to work as your editor, Yachty, though of course my employment would have to work around my job as As I Watch You From Afar frontman

OK, so I actually think this album cover is perfect in communicating both Lil Yachty’s charms and his admirable goal of absolute inclusivity. Perhaps one of the reasons he is so hated by the rap purists is because of his desire to appeal to a far wider section of the public than just the traditional hip hop heads. He’s surrounded by black fans, white fans, punks, an albino with apparent Downs Syndrome, a punk with bright green hair… Most importantly, and legitimately shocking, is the inclusion on a rap album in 2017 of two men passionately kissing each other. This isn’t a comment on homosexuality, these two lovers aren’t placed centrally and focused upon: they are just two teenagers in love, and Yachty recognises that it’s a completely normal act shouldn’t even be worthy of note. At a time when the current biggest rap group on the planet are brazenly homophobic and criticise fellow rappers for coming out as gay, such a show of acceptance is important and suggests that Yachty, depite his many flaws and giant feet often thrust down his throat, is determined to be on the correct side of history

Fucking hell, nearly 2000 words on Lil Yachty! And there was so much I didn’t have time to mention! Looking forward to ‘Little Boat 2’

*Trump will never be as horrible a president as Reagan. Trump isn’t playing dumb, he is a legitimately stupid person who somehow managed to find himself the world’s biggest feasible platform to shout stupid stuff from (which he doesn’t realise is stupid). Reagan, however was a far smarter and far more malicious man, who made it his mission to normalise selfish and racist views and tried hard to criminalise entire communities to set back civil rights. Obama managed to become president despite of the work Reagan did, but Trump is definitely president directly because of it**. Jesus, I said all of this in one of the entries at the (kayfabe) end of 2016!! Don’t you read each and every single one of my posts?? What, you don’t like reading?? Want me to start a Youtube VLOG??? A Buzzfeed article???? Literally each and every single one of you freaks makes me sick. Except you

**Or, shit, was Obama actually the reason Trump got elected?? Did 8 years under a supremely educated black man have people freaking out that they were living in frickin’ Wakanda or some shit, and so thought it’d be safest to go for the dumbest, whitest man in America? This is actually one of the brightest points of optimism possible to derive from Trump waddling around the White House for 8 years (the Democrats will lose the next election, because it’s an open goal and they are now way near competent enough to finish those. Unless they run under Rock “The Dwayne” Johnson of course) is that the following president will likely be an absolute saint to counteract the Trump stench! Unfortunately, the president that follows that saint will be a horror of unimaginable proportions… But then think how awesome the next one will have to be!! I think we’ve kind of decided to live through these ridiculous swings between extremes now, rather than striving for actual shared goals, haven’t we? Yes? Good.