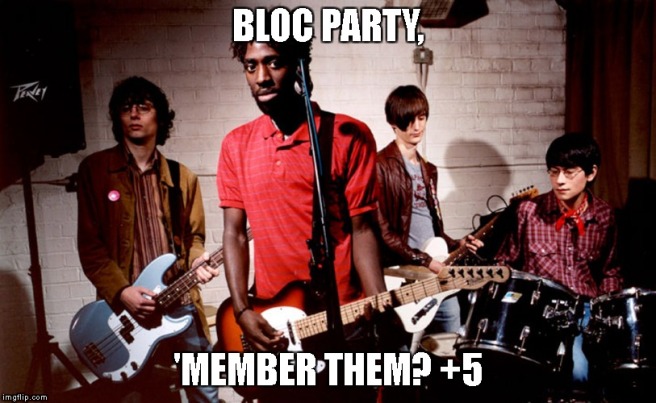 When The Bloc Heads first arrived ‘on the scene’ 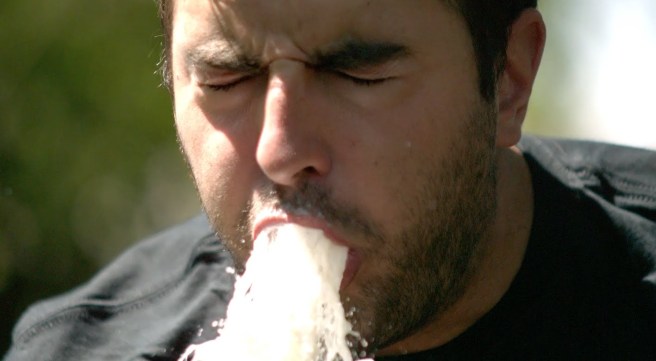 Unfortunately, they then decided to Tegan and Sara it for a while, rejecting their positions as stand-out shining inquisitive differentiators in their field to try their hand at a genre they never particularly either shone in or brought much new to, and their move to electronica only ensured they’d be lost in the shuffle

That was the case with their 2nd album ‘Bloc Party Part the Blocks and Party on the Rocks’ <unlikely- Ed>, and I’ve not actually listened to the two albums they released after that seeing as I thought they were a busted flush. But, for the sake of this review, let’s say those two records were also a bit rubbish, OK?

Unless of course those two albums were actually the best of their career, in which case ‘Hymns’ represents a disappointing step backwards 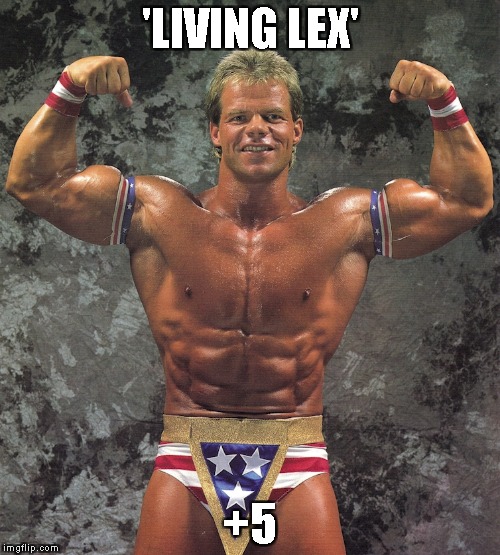 To these ears though, ‘Hymns’ is the seamless marriage of electronica and rock that they’ve previously struggled with, and though the pace falters a little towards the end, it’s a gorgeous justification for their continued existence

…But Are All the Rest of the Songs Kinda Amazing Anyway? Yes (+60)