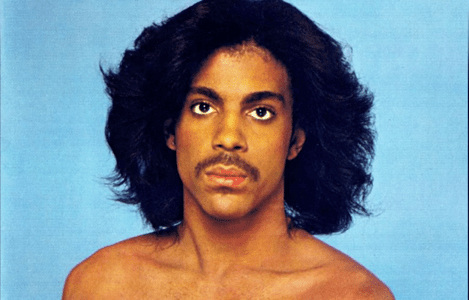 The potentially 29 year project to revisit each album in Prince’s back catalogue year by year continues. And, to be honest, living with his self-titled second album (what?! You self-title your first album, not your fricking second!! Jesus absolutely nothing about this album is quite right!) for a year has felt more like a slog, an irritating inconvenience, than the wonderful dissection of genius that I’d hoped this project would be.

I thought 1978’s ‘For You’ was an extremely accomplished debut, if chronically unexciting in places, that nonetheless showed occasional hints of real talent buried deep beneath the beautiful if uninspired orchestral arrangements. The real disappointment with ‘Prince’ is that, despite it probably being a better and more accomplished album than its predecessor, there doesn’t seem to be much desire to push his sound further and evolve much from his debut. If anything, it’s basically a simple reworking of his debut with eyes on making his sound more commercial. As great as it is in places (and, as we’ll get into, it really is great in places), there’s an ever so slightly mercenary feel to ‘Prince’, it must have felt to most observers in 1979 that this shy little weirdo from Minneapolis was obviously happy to just keep releasing the same album again and again, perhaps with slightly more commercial styling than last time.

END_OF_DOCUMENT_TOKEN_TO_BE_REPLACED

The internet’s given us tons of cool shit. Now, for the first time since I spent musch of my young life scrawling obscene graffiti onto the wings of backpoll warblers before they migrated across the Atlantic I can quite casually call a 12 year old in Arkansas a ‘faggot’ to wonderfully exorcise my dangerously incompetent belief in what freedom of speech is. Jamie in Arkansas can even call me a ‘faggot’ back, if he could catch a backpoll warbler to save his life and I was doing something as irredemably faggy as attempting to capture the flag in Call of Duty 6 armed with only a M1903. What the fuck are you doing, Jamie?! Quit being such a faggot!

It’s also given every person on Earth ability to hear from a previously unimaginable variety of voices and perspectives. If you ever hear somebody say that ‘people are offended too much these days’, what they actually mean is that their killer joke about a black lesbian picking the seeds out of her watermelon used to do gangbusters when the only people who ever heard them tell it were horrible white men. Now, women, gay people and other ethnicities are hearing it. They don’t like it. Because it’s offensive. And they’re the people being offended. Don’t blame the internet because suddenly people can hear how gross you are.