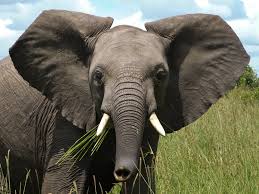 Top 100! This list is starting to feel a little more sensible

Ears! Everyone’s got one/two and they’re all full of shit/earwax

What do you call a dog with no ears? Terrible!

Why have elephants got big ears? Elephants do many different things with their big ears. One thing is that they can cool themselves down when they are hot. The blood flowing through the ears is close to the outside of the elephant body, and heat can be released as they flap them about. Some scientists also think that the big ears may funnel sound into their inner ear for better hearing. Elephants can also use their big ears to make threats. When they spread them out wide, elephants look even bigger than they already are, and they can use this posture to threaten other elephants or other animals!!!

A rabbit walks into a bar, barman says why the long ears!!

‘EARS’ (+1 for enforced capitalisation, which can only mean that it actually stands for Elephants Are Really Stupid. Which you’d have to be, really, to be threatened by the size of someone’s ears. Although that might explain why everyone is terrified of Channing Tatum) is an absolutely lovely sounding record, first rate electronica and a bonefide treat for the ears. Ha! Like the name is!

Adventures in sonics always get you

Yes, this has been an especially lackadaisical critique, but I have long grown accustomed to the fact that nobody reads my writing, but I’ve found it’s the best non-pharmaceutical method to tackle my crippling depression, and anyway I feel it is the best way to ensure utter artistic integrity, But I’m still a Snowflake Cluck and deep down it hurts that not even my closest friends and family members bother reading this

However, one person I know for sure has read some of this is the number 117 entrant Damian Lazarus! As he Tweeted this almost immediately after I posted the review:

Ouch. I was going to start a fight with him, pointing out how I made clear in my review how I actually paid money forhis garbage record, and that not only had I contributed more money to his art than roughly 99.6% of his Twitter followers but I emphasised in my review how he’s been responsible in the past for some of the greatest dance music ever, yet all I get is mocked for my Twitter followers. I was going to even explain the reason why I have next to no followers!

But, no, I just ‘liked’ and re-Tweeted in an attempt to look too cool to be offended at an artist I’ve supported throughout his career lashing out at me because I said I didn’t love his last album. I’ll just never buy any of his shit records ever again

It wasn’t even a terrible review! Imagine if Pixies read that one from 2015!