Sara May Never Get What She Was Promised

Yeah!! ‘Sum Fuck Flower Boy’! It’s not just feebly called ‘Flower Boy’ on this blog! You won’t see no censorship on Baboon Etiquette*! Yeah, motherfucker, we punk rock, yo!! I hereby promise that you will never, ever see censorship on this blog!! Unless somebody starts actually paying me for it!! Then I’ll do whatever the fuck they want!! Because I’m far too poor to put any principles before money!! Holler at your boyeeeee!!!

I never actively disliked Tyler, the Creator. I mean, whenever I’m complaining about the paucity of decent rappers’ names these days (‘Vince Staples‘? Really?? So, do I call you ‘Vincent’, or…?) his is always the first exception that comes to mind. He always just had a pretty poor reputation to me. 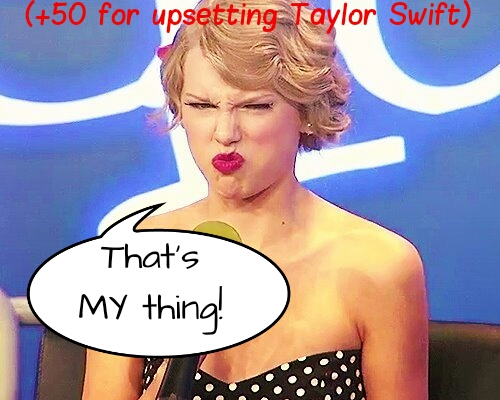 The Italian philosopher Gloria Origgi writes in her Taylor Swift inspired book ‘Reputation‘ (although it was of course initially released under it’s Italian title of ‘Ayyyyy! Reputationalio! Mama Mia!’. Yes, of course that joke’s racist) that we all have two selves. There’s the physical and mental sensation of being you, which is what you (wrongly) consider to be your actual self. Then there’s The Alex Palmer Existence, which is a hazy and constantly changing image of what you are in the eyes of Alex Palmer.

I’d argue that the latter is actually your ‘true’ self. You might believe that you truly exist within yourself, that only you truly understand the real you. This is bunkum. I’m not saying that you have no say in what kind of person you are, but you actually only exist through how you interact with the outside world. If you ask all the people you know to describe you, then even if it greatly contravenes what you believe, it’s their opinion that’s going to be true. Trusting a person to be truthful about what they are is like me trying to find out if your pet dog is nice by asking the dog itself. The dog’s inner beliefs don’t matter, because it’s far too swayed by its overriding desire to eat and to lick its own genitals, very much like yourself. 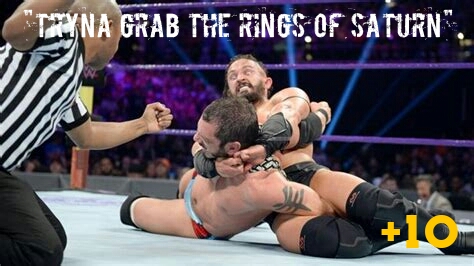 For example, if you asked me how big my penis is, I would say with typical modesty that it is rather humble. Not small per se, but definitely politely unimposing and considerate. However, if you asked my friends how big my penis is, they would actually confirm that it’s humungous, that they wonder how I even stay upright with that monster swinging from me, and that I must be the only man in history to ‘dress on both sides’. I’m saying that my friends are way more likely to be true, and my contact details are available on this blog.

The Alex Palmer Existence is actually broken down further by David Wallers and Rupert Younger in ‘The Reputation Game‘. They argue that there are actually two types of Alex Palmer Existence: Alex Palmer Capability and Alex Palmer Character. The former is basically how well Alex Palmer views you at performing certain tasks and jobs, such as hand stands, air guitar and- yes- blow jobs (you were thinking of that the second I mentioned ‘jobs’!! You are such a disgusting creep!!). The latter is how good of an egg Alex Palmer considers you to be: whether you’ll make him laugh with impressions of funny foreign accents, whether you read his blog and constantly tell him how amazing he is, and, most importantly, whether you like wrestling.

Tyler, The Creator’s (real name ‘Uncreative Tylor’. He always felt that it held him back somewhat) Alex Palmer Capability was never in doubt: I always knew his rapping capability was, as the kids say, ‘dope as shuzzazle-nonks’, and that he was a near prodigiously talented producer. Unfortunately, because of his Alex Palmer Character I always kind of thought his undoubted talents were wasted on him.

I thought of him as being a ridiculously childish, boorish and trying way too hard to shock like Eminem at his worse (only, like, black, so he couldn’t possibly be playing a character and must be a legitimately horrible person!). He’d release songs with names like I Took Madeline McCann and Faggots Can All Suck My Dick (Only They CAN’T Because Those Disgusting Homos Would Possibly Enjoy It!) and The Poop That Took a Pee. It was all scatology and homophobia (which are two easily that can be bridged rather easily if you’re disgusting) and I found it hard to look past to enjoy his frequently excellent music.

Also, Sara or Tegan from Tegan and Sara (again, no way of knowing) once wrote an open letter asking Tyler if he might consider the effect of the occasionally vile homophobic and similar hate language he so frequently used (and also called out the music press for eulogising him and his stable Odd Future with barely a mention of such hideousness, a problem I couldn’t agree more on and isn’t just limited to coverage of Tyler and his cohorts!!). Tyler chose not to respond, which is always the worst response, isn’t it?

Oh no, sorry, he did respond, and actually did give the worst response! And I quote:

I mean, I don’t want to editorialise here, perhaps Tyler truly did believe that Tegan/Sara complaining about his oft hateful lyrics is just her adorably coy way of telling him that, actually, she really did want some erect penis, and Tyler was actually very sweetly offering to oblige. Maybe. Or perhaps he was just a massive, massive dotard and was hurling absolutely unforgivable abuse.

I used the past tense there. Because ‘Scum FUCK Flower Boy’ has actually convinced me that he’s a changed man. He is ‘Tyler, the Evolver’, if you will**.

It’s an absolutely gorgeous sounding album, but that was always going to be the case because his production talents have never been in question. What’s changed are the lyrics, and Tyler’s general view on the world. ‘Scum FUCK Flower Boy’ isn’t concerned with Tyler’s past obnoxious obsessions of poo-poo and underage sex, it’s a shockingly meditative and genuinely touching collection of songs about the struggles of young manhood.

Its real genius is that Tyler has achieved this seemingly 180 degree turn without actually changing near anything about his sound, his delivery, and his occasional thrilling intensity. He’s also lost not an iota of the humour and goofiness that made us all so desperately want to love him in the first place. All of the things that us Social Justice Snowflake Clucks (#SJSC) had to struggle not to like back in his days of mindless and boorish offensiveness are still here, only now he’s telling far more intelligent (his Alex Palmer Character was never of intelligence! Probably because he still looks like the kind of person who teachers let sniff glue in the supply cupboards at school because at least it kept it out of the lessons) thoughts on black identity and mid-20s ennui.

Ennui is definitely a recurring theme, but this definitely isn’t a nihilistic album to join 2017’s already crowded line. Tyler definitely believes in love, and the album contains several actually very sweet (and occasionally very funny) odes to attempting to justify love for yourself and to find another man who could possibly love you and make you feel as special as you want to feel.

Yes, ‘man’, because Tyler comes out as gay on this album (‘Next line will have ‘em like ‘Whoa’: I’ve been kissing white boys since 2004′). This doesn’t make the album better or worse, of course: I would have very happily settled for just having Tyler’s brilliant production without the gross homophobia. It does though make his lyrical concerns a lot more interesting, joining Young M.A in delivering a viewpoint that is still underrepresented in hip-hop to the point of almost non-existence.

It’s also not an apology or any sort of attempt at atonement: he may give a ‘shoutout to the girls that I lead on/For occasional head and always keeping my bed warm‘ but he doesn’t actually say sorry. It is however a unconditional persuasion that he’s a different man now, regardless of whether he prefers ‘innies’ or ‘outies’, and I think now he can concentrate on becoming a truly 21st century important artist. We will look back on ‘Scum FUCK Flower Boy’ as being his true debut.

So does this now excuse the thing he said to Sara/Tegan? Of course not: that wasn’t objectionable because Tyler was an assumed heterosexual man, it was objectionable because it was a horrid thing to say and designed to shame someone and hurt their feelings. If Ed Sheeren called me a ‘ginger cunt’ (which, let’s be honest, he’s always threatening to do) I won’t brush it off because he simply has the same hair colour as me.

No, I’ll brush it off because he’s a fucking ginger cunt and everyone knows it. 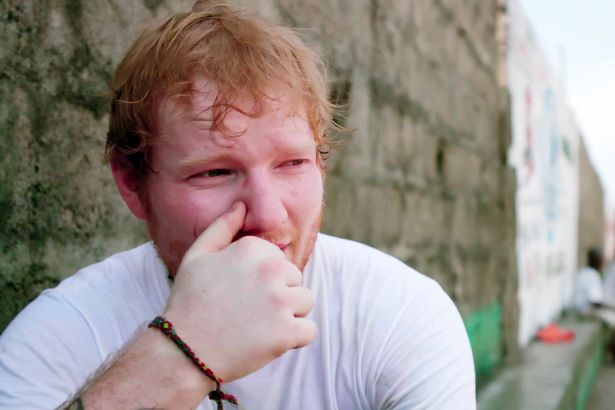 Got to say ‘fuck’ nine times in this entry! That’s…!

That’s probably a lot fewer than usual, isn’t it…?

See, Tyler? See what can happen if you stop mucking about?

Number of Millions the Tegan and Sara Foundation Has Raised in an Effort to Fight LGBT Discrimination: +17

Maybe. Couldn’t actually find the number. Probably a lot less, it’s not a big charity. Wouldn’t it be nice for Tyler to donate a little though?

*Seriously, I keep forgetting that’s the actual name of the blog: I’m going to give it an expensive revamp sometime before I do NE2018 in the early 2020s and just call the fricking thing ‘Necessary Evil’ considering that’s essentially all it is.