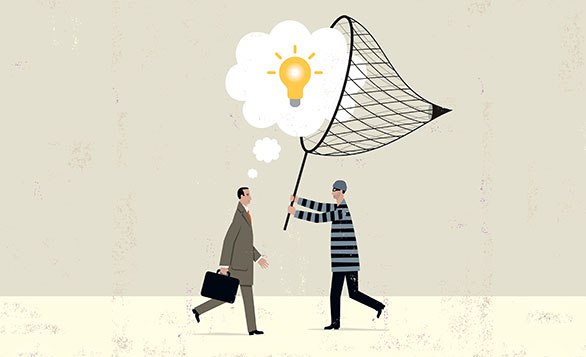 Wow, well this is pretty shameless, isn’t it?

Damon Albarn and That Other One were obviously struggling for ideas for the band’s fourth (proper) album, evidenced by the seven years it took them to follow up 2010’s ‘Plastic Beach’ (an album I really loved for about four months then forgot all about), so were forced to instead crib inspiration from perhaps the most artistically provocative writers of their time.

(Do I need to say that it took seven years and then state further that ‘Plastic Beach’ was released in 2010? Seems like a waste of words. In fact, if you include this little parenthesised section here, the addition of the conformation of the year two thousand and ten has added an  entirely unnecessary one hundred and nine words to this piece!! In retrospect, probably unnecessary. Unfortunately, I don’t think there’s any way to remove or obliterate anything you’ve written- to ‘delete’ it, if you will- so it has to stay in. Let me know of any potential solutions in the comments. Should I write the whole entry again?) 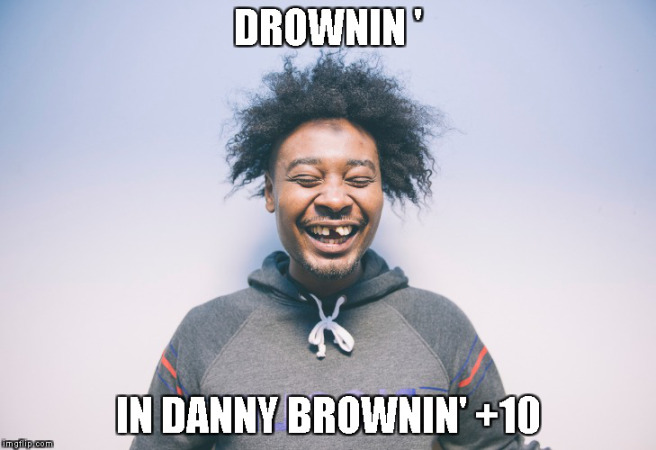 Listen, guys, I don’t take offence, and have no desire to claim any percentage points off the album’s sales. In fact, if you look very closely you’ll see me declaring the entire legal proceedings as a joke designed to increase the general populace’s awareness of how many forms inspiration can take  just before the judge laughed the case out of the courtroom. This proves that the case could never have been ‘legally ridiculous’ because I never intended to go through with it anyway.

Jesus, guys, lay off the Zs a bit for a second, yeah? Momentzzzzzz is without doubt the strongest song on the album, and the band will be blessing their luck for coming across Del La Soul on this blog, as the legendary group inject the song with an irresistible bounce of legitimate panache. In turn, the group’s turn on the song proves that they are far from the jaded and unemotional shells they often sounded like on (kayfabe) last year’s album, and shows what magic they could still potentially produce when paired with the correct producers. Unfortunately, they come up against perhaps the most impressive song of Lazarus’s 2009 debut. Now, Damian and I have had our differences in the past- we had a well publicised beef over my indifference towards his 2016 release- but that does not change the fact that I still regard his debut album as one of the strongest electronica or dance releases of the past decade, and listening to the 9 minute wonder of Moment– I’m always, honestly, shocked when the song seems to end so soon- only confirms this belief. Sorry, Go-Rill-Az, but you can’t compete

I honestly couldn’t find one picture of the fucker smiling. I obviously hurt him hard

I fucking hate Damon Albarn. I know, I’m sorry, it’s stupid and hard to explain. It’s not even a hangover from the effects on growing up in Manchester during Blur v Oasis, as I always use to state that I liked both the bands, to inevitable beatings. It’s just… he’s such a prick, isn’t he? Like, based on nothing he’s ever said or done (he’s made several appearances on past Necessary Evils) he’s just so obviously a massive pretentious ponce, isn’t he? No…?

Yes, I’m aware how I explained how pretension is always a good thing earlier, but like pretension there should always be a place for hypocrisy. Roll credits.

I’ve forgotten to do this so far. Basically, I’m horrendously self-conscious about my age and how the world is passing me by without me ever achieving anything of note, so acts will lose points for each year they’re younger than me and reminding me of my misspent youth. Alternatively, older acts gain points, as thy prove that there’s still time!! Both members of Go-Rill-Az are

Some songs aren’t bad, per se, they just irritate you so much after a certain amount of listens that you’ll eventually skip them each time they come up. Songs like Sex Murder Party 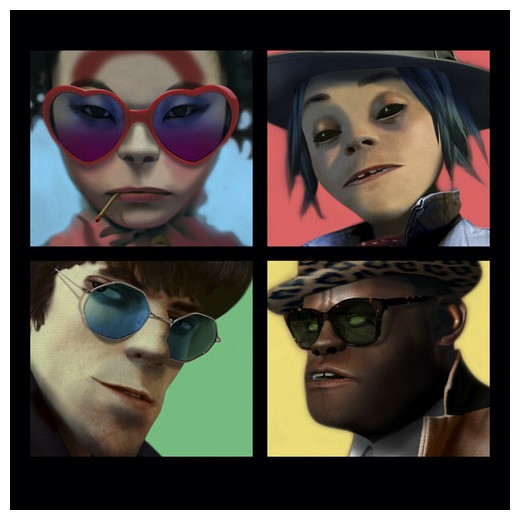 Oh my God! I’ve just got this! It’s a reprise of the cover of their 2005 album ‘Demon Days’, only with the characters showing rugged signs of aging. Because they’re human!! Whatever your opinions of Gorillaz, their artistic design is always pristine

Sure, the large scope of the album was by artists cribbed from my blog, but don’t the band deserve praise for seeking me out in the first place? And having the foresight to do so several months before Necessary Evil even started being released? Even the artists I can’t claim to have had a hand in selecting, such as Peven Everett, Grace Jones, Mavis Staples and Kelela (I really wish I hadn’t cut her latest album from this list) are incredibly good fits with the bands sound, and they’ve created an atmosphere where the choice of interesting, non obvious and collaborators for their next album will be far more keenly awaited than the music within

*I created that award last year to reward any instances of Danny Brown usage, because I love the guy so much. Unfortunately, the album that initially won it was actually the only album to feature a guest spot by Mr Brown. Took me ages to find the picture again for this entry…

One thought on “52 Gorillaz: Humanz”