A rap duo- of which there aren’t nearly enough of in the first place- consisting of Indian-American Heems and the British-Pakistani Riz MC that chiefly spin takes on the scandalously under-represented subject of Muslim and second generation Asian immigrant experiences in the West, the police’s harassment of their ethnicity, and the hellish seduction of fundamentalism 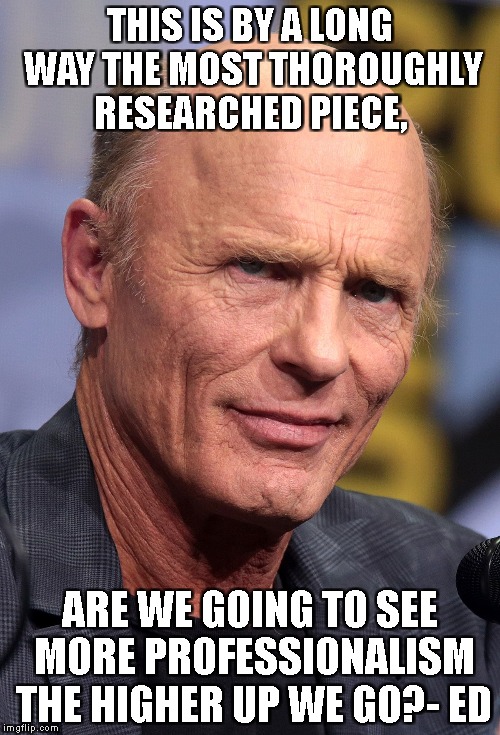 Well, yeah, I just love this band so much and… hey, do you get to show your face now, Ed?

Awesome. Anyway: Swet Shop Boys still find time to comment on the tensions between India and Pakistan, pen an ode or two to a girl who’s, like, really fit, and most importantly regularly keep us informed of how banging they are

Is that fair? Yes.

I don’t mean that Swet Shop Boys are ‘hilarious’ in a Weird Al Jankovic way, where they can think of seemingly endless ways to incorporate the word ‘fart’ into their lyrics, but proper Half man Half Biscuit at their best witty!

Before I listened to this album again this afternoon, after not hearing it for a while after concentrating on thinking up spurious rants to go on while writing about roughly 98

other records, I was worried that I might have placed it a little to high, maybe I’d appreciated the idea of it, and the frequently waggish lyrical flourishes, and lost sight of what was a generally just a decent album

However, listening to it again reminded me what an absolute riot it is: thumping and catchy hip-hop, that sounds delightfully lo-fi without ever sounding cheap, and knows exactly when to wrap things up just when it’s potentially, possibly, growing old

Oh, and before I watched the video for the fabulous Aja to make my Legit Bosses 2016 YouTube playlist, I had no idea that Riz MC was actually Emmy Award winning actor Riz Ahmed. I’m inventing an award for that shit:

Best Lyric: ‘Ashes to ashes/Dust to side chicks’ +1

…But Are All the Rest of the Songs Kinda Amazing Anyway? Absolutely +100