Oh, my God, Britt
They gon’ have a fit when they hear this shit

So, yeah, first of all this achievement is out of the window, so I’m naturally a bit bitter about that.

But I had to really slow down and take stock as I entered the top five, as these five records are so close together in terms of absolute genital bursting incredible quality that I felt I needed to take a step back and really evaluate the order that I’d placed them in. Despite what that insolent little prick Shawn might say, this is important. Also, I really didn’t want my number one album to still be number one, for reasons that will become clear.

END_OF_DOCUMENT_TOKEN_TO_BE_REPLACED

Jesus, everyone, Jordana was twenty one years old when she released this incredible record back in December 2020 (Making it. Eligible. For this year’s. List. So sick of having to explain how this works), isn’t that just terrifying?

For her, I mean. This isn’t one of those “Whaaaaa! They’re so young and I’ve comparatively failed in life!” takes. Partially because – Jesus fucking Christ – those mournings are so boring. We’ve all failed in life, that’s what connects us so beautifully as people, and even the ones we assume haven’t still think they have, let’s not create divisions by imagining any one of us is making a better go of this shitshow we call existence. Mostly because, seriously, you eventually get to an age where fucking everyone is younger than you (except Caroline Shaw, of course), you stop being such a big baby about the whole thing (“Malala Yousafzai was only fifteen years old when she was shot in the face by Tehrik-i Taliban Pakistan gunmen?! Lucky!! What had I done by that age??”) and instead switch to being in constant mortal dread of your own imminent demise. It’s honestly a cool transition.

END_OF_DOCUMENT_TOKEN_TO_BE_REPLACED

Yes, believe it or not that blog title’s true and, no, I’m not doing one of my ‘bits’. As will later become evident, this is going to become far too serious a post to do ‘bits’. Apart from all those ‘bits’ that I’ll inevitably do. They don’t count. This is actually the 500th piece of aggressively partisan and dangerously unedited nonsense that I’ve reached down into my spleen to messily smear the blood and puss across my computer screen, since I first started uploading my albums of the year to this poorly designed WordPress blog that nobody reads in December 2014. I’ve written this piece of shit for almost exactly five and a half years!! That’s roughly 2000 days, so I’ve written on average a post every four days, which would sound like this was a regularly updated blog, wouldn’t it? But, no, you usually get a whole year’s worth of posts in December, and you’re happy. Much like your Mum, this blog comes very loaded towards the back.

But this calls for a celebration, no?? I, of course, planned ahead, and purchased a rather snazzy hat: 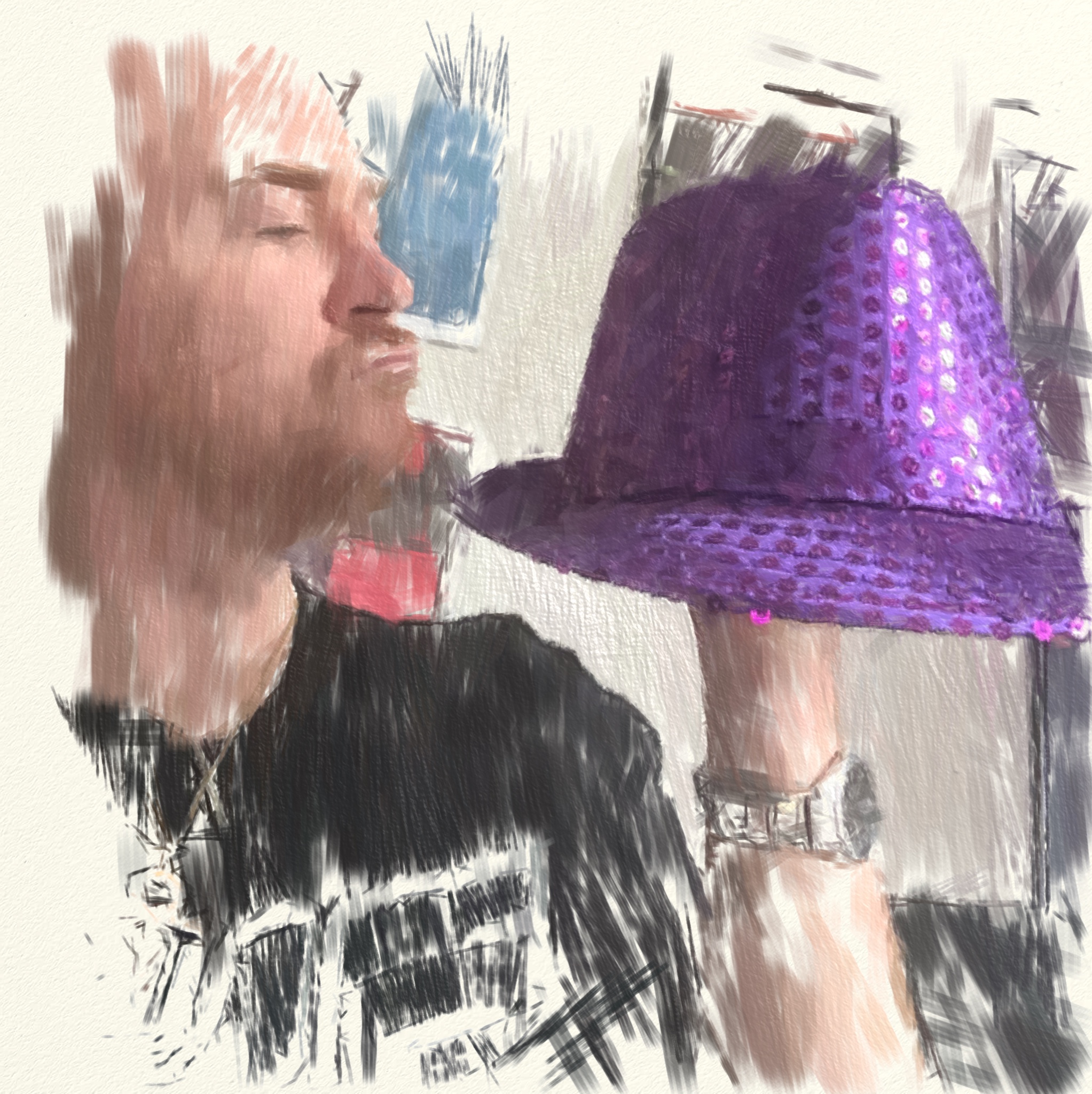