You know it’s all about that boom! Legit Bosses, baybay!*

(*yeah, that song isn’t actually included. It’ll be on Legit Bosses 2022 though! I’m just a bit slow with these things…)

So, only 121 this year, a marked decline on 2020’s 125. So was it a notably worse year? Absolutely chuffing not. Despite the 2.928% drop in numbers, the quality on show is outstanding. Never mind the weight, feel the quality. The top maybe twenty songs especially are on some next level shit, and you haven’t seen so many GOATs since you traumatically happened upon Weird Uncle Colin’s problematic porn collection back in 92. I also shaved a few songs last minute, mainly because they were from albums due to be released in 2022 and I decided to make them Next Year Alex’s problem. Also, one or two I realised… weren’t… actually… that… good… So that just means the 121 that made the cut are all of such spectacular quality that you may want to warn the people around you before you start reading this list, as the floor between your legs is about to get soaked.

No, no, hey, maybe it’s you that’s too gross, ever considered that??

Anyway, let the festivities begin, here are the playlists:

END_OF_DOCUMENT_TOKEN_TO_BE_REPLACED

Up one place since her last album! If the unbelievably talented Brighton-based pianist/multi-instrumentalist continues on at this rate, and with a similar schedule between albums, then she’s going to place #1 sometime around Necessary Evil 2081! Will we all be dead by then. No. You will, obviously, but I’m never going to die. And neither will my pet Pomsky, Zeus Bertha Pepper, I wuv hm sooo muuuuuuch! But, erm, yes, you’ll all be dead. Zeus Bertha Pepper will have likely killed you, he has quite the bloodlust. Have you read that 2018 review though? Yeah, I loved the album muchly – I even suggest she score the recently released movie Bumblebee, which is of course meant as a compliment, how could it not be? – but I seem like I was in a pretty bad place on that particular day, doesn’t it? Three years on, has my brain’s general countenance improved? Today, absolutely. These past few months, definitely. This past year… weeeeeeeeeeeeell, there was a bit of a struggle that I invited it into.

I’ve touched on how toxic and damaging my 2020/21 marriage was, and how it left my self-belief, my mental comfort and my dang desire for life in the absolute toilet. Well, this post is going to be the final reckoning, the complete and total exorcism, the slicing open of old wounds so that they can bleed completely out and not poison me again. Starting on the 14th December 2020 I started keeping a diary of how much the marriage was hurting me, it ran until abruptly stopping on the 29th January, likely because my illness became too much to leave time for such pathetically solipsistic concerns. There were thirty three entries.. I think this was in response to my wife showing disbelief that I could be feeling that way, or perhaps she had challenged me to name instances in which I was hurt and my decrepit old brain struggled to give precise details when called up on it. Whatever. I started writing them down and put them in a password and fingerprint secured OneNote file. I never showed or even mentioned them to my wife, and before recently I hadn’t looked at them myself in months. It was actually reminding myself what I said about Poppy last time around that convinced me to dig them up. I couldn’t remember the password and had to keep guessing until about three in the morning, but I got in! And here the entries are.

Now, I don’t want to make this feel like I’m piling on my ex-wife – she wasn’t right for me I wasn’t right for her, but she otherwise deserves all the love in the world. I don’t come out of these records looking great either, please just take this all as evidence of how incredibly awful the relationship was. Oh, and I’m sure there’s roughly a dozen trigger warnings I should be offering here, so maybe just don’t read any further if you’re having anything like a decent day that you don’t want ruining, or if dark depictions of mental states or terrible relationships are likely to set in motion grim and traumatic thoughts of your own, then get out now! Seriously, not many jokes on this one…

END_OF_DOCUMENT_TOKEN_TO_BE_REPLACED 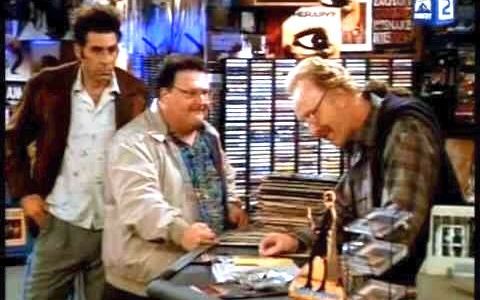 This is officially the end of 2018! And it’s only the 5th January [EDIT: Still only the 6th!]! Although there’s freaking one hundred and thirty six  tracks to get through, so this may well take until mid May! Happy Cinco de Mayo! No time to talk! A shit load of songs to get through!!

While Z-Tape’s ‘Spring’ collection was veritably busting at the seems with Legit Bosses, as you’ll soon see, this is the only similarly legitimate position of authority from their ‘Summer’ collection. They’re all still great though, as is the Epic Reflexes’s album ‘ChaChaChinatown‘.

I had a lot of problems with ‘Everything is Love’, the surprising debut release from Beyonce and Jay-Z. Part of the reason I struggled with it was that I wasn’t sure how canonical it is. Like, is this it, Bee? Is this underwhelming collection of occasionally very entertaining rap boasts officially your actual follow-up to one of the most acclaimed albums of the 21st century? It’s an album about how two very rich people love each other but probably love their money more, that includes the line “My grandchildren’s grandchildren already rich” which, despite Kanye’s crisis of publicity, is by far the line from 2018 that Donald Trump is most likely to high five in a men’s locker room. Also, there’s a moment on the opening track where Mr Carter drawls out “Let it breaaaathe, let it breaaaathe” like JB Rockefeller basking in the glory of a fart he’d just released under the bedsheets, which marks the first time in more than two decades that I’ve thought to myself that I don’t think I really like Jay-Z. However, he often wins me back with the later claim that he’s “Good on any MLK boulevard”. This song’s pretty great though

Fucking hell, Jay, that haircut though… One hundred and thirty three more after the jump!

END_OF_DOCUMENT_TOKEN_TO_BE_REPLACED

‘Resolve’ is an absolutely mind-blowing album. I don’t know why Poppy Ackroys isn’t soundtracking every movie, ever. ‘But what film could possibly be good enough for her?’ I hear you cry. I dunno. What films are good? Bumblebee? Yeah, she could soundtrack Bumblebee.

I’m not sure I need to add anything to this colossal record aside from pathetically urging you to listen to it and, if you have any desire at all to see artists paid for the incredible work they do, buy the fucker as well, so I’m instead going to give you a harrowing and perhaps damaging journey into my mind.